ON THE ROAD AGAIN!

More fetching and carrying yesterday with a 200 mile round trip. Taking stuff from one place to another. Picking it up and offloading it. I would not at this point claim that makes me a bona fide member of the trucking and delivery fraternity. However, I can see how frustrating it can be to have to go from A to B then from B to A again with only a short break. 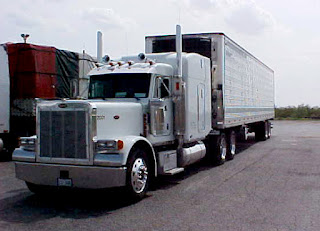 The plus side is that it was my stuff so I had a particularly vested interest. It did occur to me as I went through the barrier at the Dartford Crossing on the M25 for the second time that day that if you do this on a regular enough basis you may go mad.

Either that or it takes a very special kind of person. If you are a trucker or any other sort of professional driver you tell me. How do you pass the time other than listening to the Best Time Of The Day Show of course? 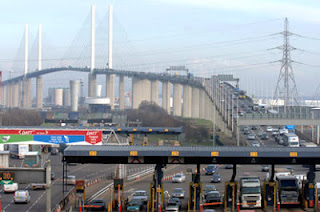 I tend to drive in silence most of the time. Although of late I have been trying to learn French so this has involved CDs and me repeating what I have heard or think I have heard. This must look unusual to people in adjacent vehicles. A middle aged bloke mouthing exaggeratedly.
They perhaps think I am on the phone to a call centre which is not based on these shores.
I have seen many strange things in over 35 years of driving ranging from the probing nose picker to a man in a supermarket car park biting his steering wheel. So a bloke making wild mouth gestures is probably not too unusual.
People assume that I listen to a lot of CDs in the car. I try, but can't really concentrate on them as I would like. So if I feel the need for music I choose songs that I am already familiar with and can listen to a track on repeat play for a hundred miles if I really like it. Although that does put me in mind of the Steven Wright routine.

"We drove across America. We only had one tape. We played it all the time. Can't remember what it was!" 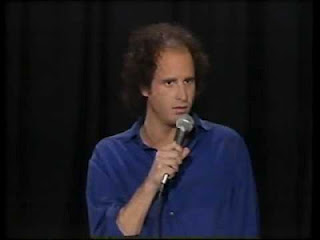 Daydreaming is another way that I pass the time. Once with another failed attempt to learn French I inserted a language cassette into the player and drove to my destination. When I arrived I realised that I hadn't heard a word of it.

The worry with that is that you can't remember any of the journey, so you have to hurriedly and guiltily check the front of your vehicle for dead stuff.
Producer Dr Strangelove, who has been laid low by a cold has gasped, bubbled and wheezed that he should be back in the saddle again for Wednesday's show. I am rather hot typing this so have had to remove a large quantity of clothing. I hope it is not the beginning of the cold that Strangeo has been spreading around the last few days. If so it will be very timely as I am off next week. Er Thanks!

A side effect of typing in your underpants whilst logged on it does mean that friends and relatives who are also logged on think it would be good to call up for a SKYPE chat. So they can not only hear me but also see me in all my glory. Still it never bothered some people. 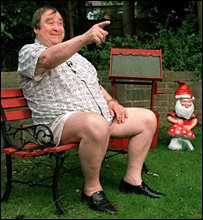 Greetings Darko. I AM WHOOOSH. The secret to being able to concentrate on what you're listening to is to listen at 'The Best Time Of The Day'. When there's nothing much of interest on the radio (I can't do with silence whilst driving) I listen to audiobooks on the iPod through the truck's speakers. Great on empty roads, not good whilst in traffic as you can't concentrate on the story and swear at idiot drivers at the same time. Back at it weds night/thurs morn. Ride the night horse Dark Lord.