LET ME HEAR YOU SAY YEAH!

Been a couple of weeks since my last missive. In that time I've been on stage at the O2 in London. Had a lovely week with the light of my life Mrs Lester the Dark Lady and eaten a ton of cheese been on a couple of long walks and have now decided to follow the latest healthy living advice. Which knowing my will power and how arduous it seems to be. Will probable last until halfway down the next paragraph.

You may have noticed over the years that I have got into Country Music in a big way. The first of my American Adventures back in 2007 was largely responsible for that. I've always liked certain artists such as Willie Nelson and Johnny Cash. However the 1970's cheese fest of the Lynn Andersons' and Conway Twittys' plus the lachrymose Irish and ersatz British stylings of that period frankly left me cold. 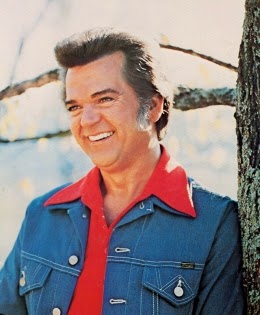 I can still remember going to a pub in Wolverhampton in the mid 70's to find the place packed with Black Country Cowboys shooting their guns at the ceiling and whooping!

This did nothing to help the cause!

However being stuck in a car alone for days driving deserted roads in middle America with no company but Country Radio changed all that. I wept my across the Bible Belt. Whimpered through Wyoming and blubbered  my way round Boise Idaho. 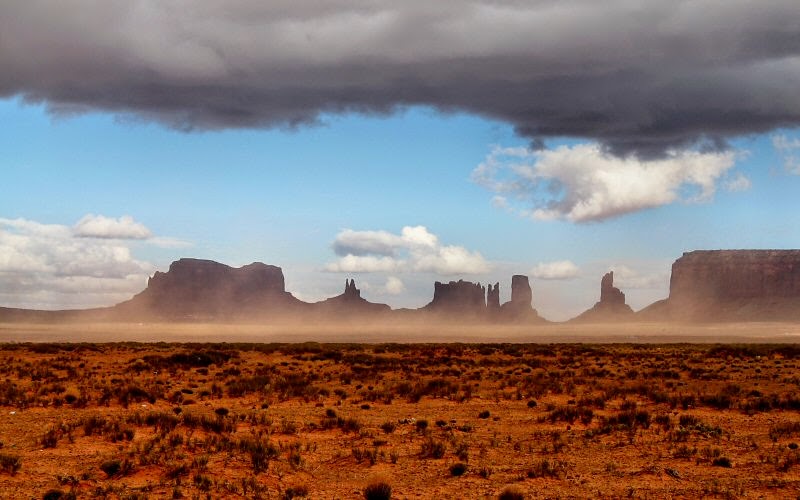 "What's your furniture"? on Discovery House.

"Name the capital of Idaho"

"How did you know that"? Demanded Lester Senior surprised at the intellectual capacity of the youngest of his two idiot children.

"Hmmmffnn"!  He responded returning to reading a very big and hard book.

It was whilst in the USA I got it. The music was a mirror of the lives and aspirations of small town America. Where most of the population would be born grow live and then die. Many without leaving the State and most not seeing the sea let alone leave the country.

So it was to London to the Country to Country festival which has benefitted from being a co promotion with Radio 2 this year and there was a cracking line up. 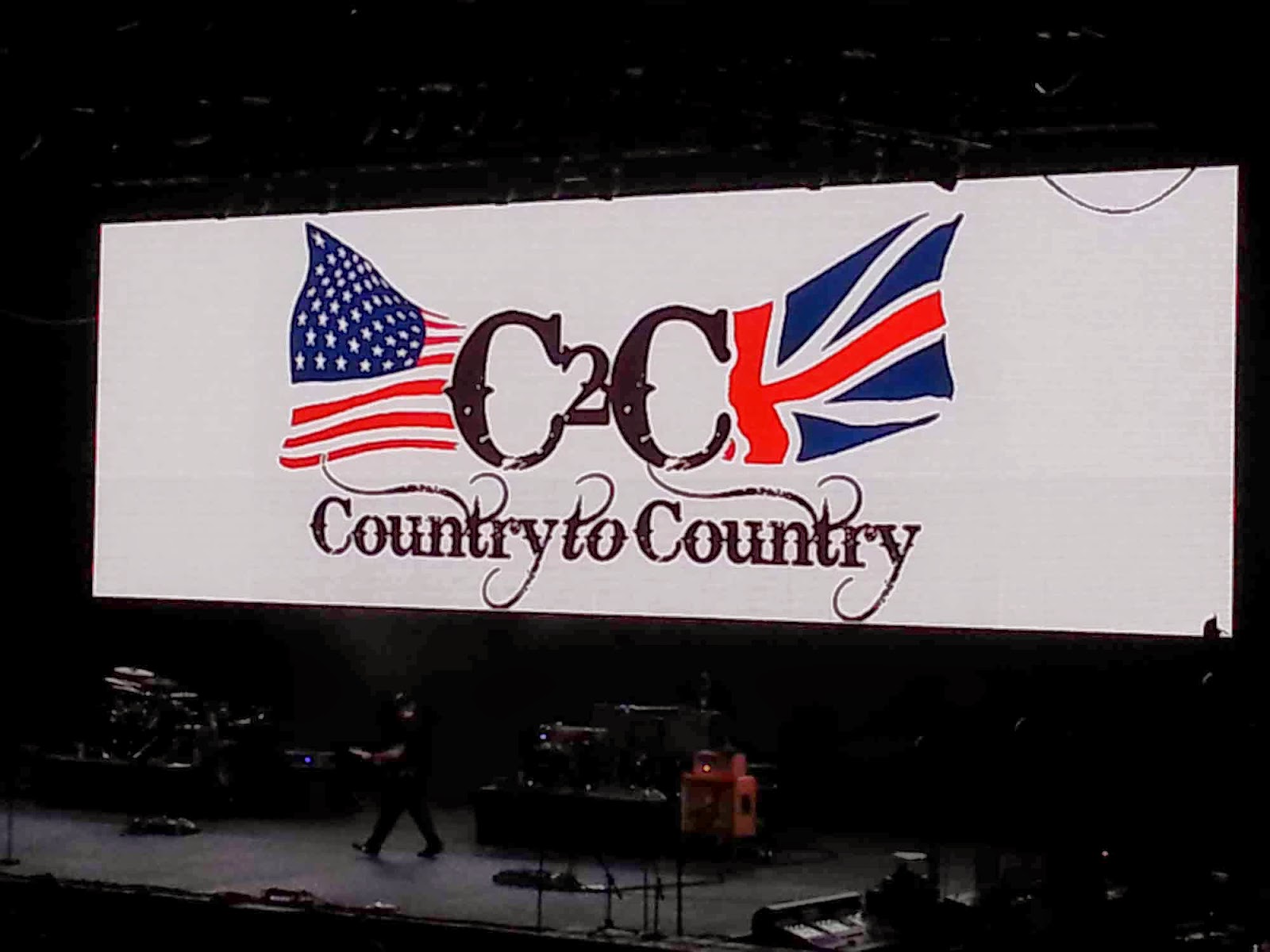 I was invited to introduce a couple of the newer acts on one of the pop up stages.

The bonus side of this was that I got a free ticket to that evening gig.  This job is all perks!

The arena holds around 50,000. The stage where I was. was marginally smaller erm like 1000 times smaller and was situated outside one of the fast food outlets.  This didn't prevent me from introducing the excellent Stephen Kellogg who I've featured on the shoe a couple of times and it was a pleasure to meet him and watch him in action. 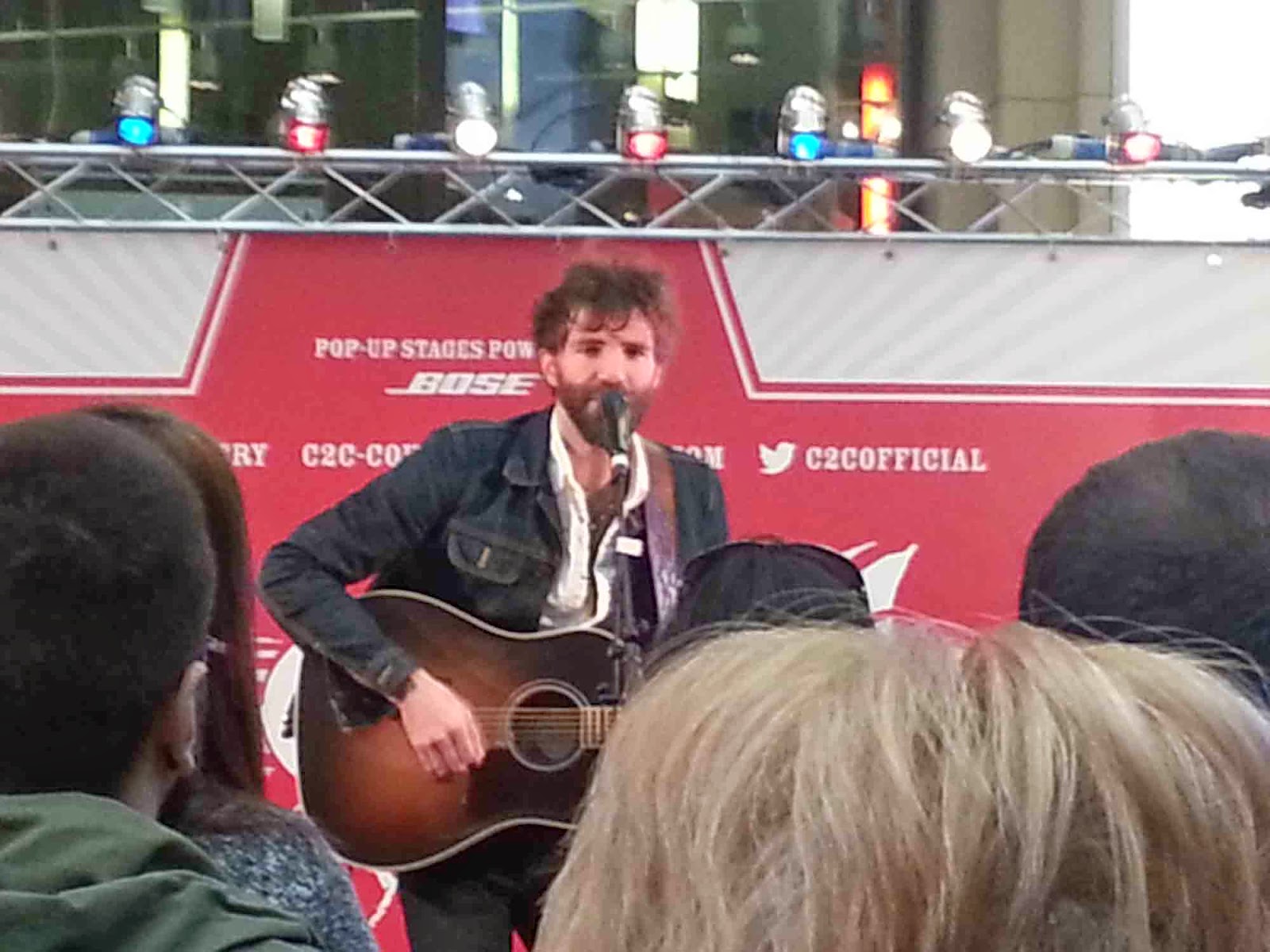 The arena line up was Martina McBride who I saw there a few years back (check back through the blogs. She's there).

Deirks Bentley who the Dark Lady and I saw at the Ryman in Nashville in 2010 on my last American Adventure. (Check back through the blogs. He's there.)

They were both in fine form and the crowd went wild for them particularly Deirks who is a terrifically likeable showman.

Next up were Dixie Chicks before the headliners Zac Brown Band.

Unfortunately due to a self inflicted injury. I was too unwell to continue so retired hurt for an early night.

As part of my middle aged health regimen I rarely drink during the week these days. However the previous evening I had been out....late and so had a terrible headache.

JUST SAY NO KIDS! IT'S NOT BIG AND ITS NOT CLEVER. 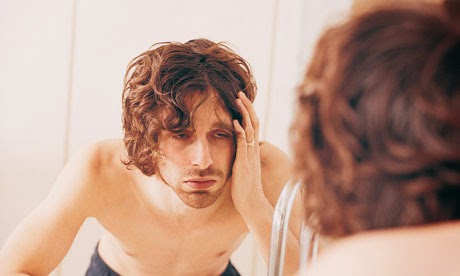 One of the side effects of middle age is the realisation you are not immortal. Friends get ill. Some die young. (Check back through the blogs. My best friends Clive is there).  So it's a salutary lesson that should be heeded.  With that in mind The Dark Lady who being considerably younger than me I don't consider to be middle aged has decided we should be a little more sensible.

So off to France on holiday we went.  This is usually a riot of cheese. Rillets du Porc. Gallons of wine of varying hues and pain chocolat with extra butter in the morning. 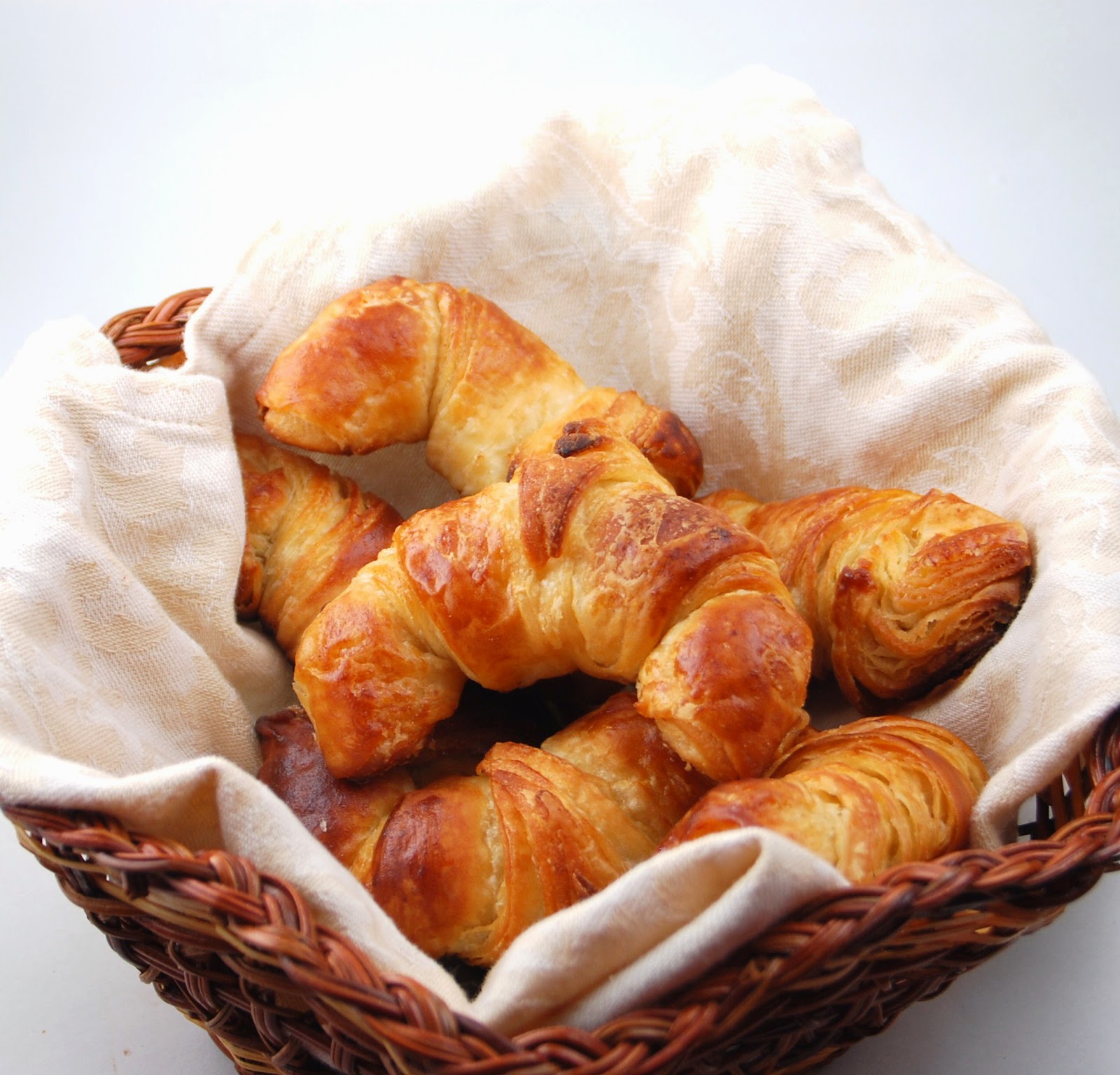 Not this time!  We bought fruit and went on a couple of long walks. We had wine and cheese but only a couple of varieties rather than a dozen stinking out the fridge. The car and us.  She cooked fabulous wholesome meals.  We went through the card at the Boulangerie.  Gone were the Baguettes. Batards and Ficelle.  To replaced by Festive and our favourite Festigrain.  Which seemed to be a bit like the Festive but with extra roughage.

Back in the UK. We went to the wedding of our trainer Wes and his lovely bride Katie.  With no trainer and no willpower.  How were we going to survive the two weeks he'd selfishly taken off to go on his honeymoon? 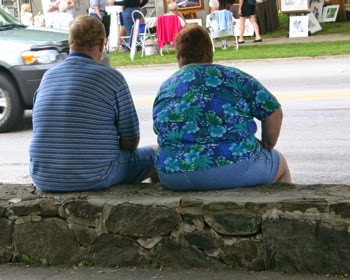 Walking seemed the answer. So last Monday I met the DL at her office in the heart of London's West End and we walked back to her house 7 miles away in the North of the city.  The clocks having gone forward it was very pleasant and felt quite summery.  We weren't too footsore when we arrived at her place a shade under two hours later.

The news broke earlier in the week that 5 a day fruit and veg wasn't enough. It should be more like 7-10!

With that in mind I've been trying to attain this goal.  On the first day I took the Ford Mid Life Crisis for its MOT. Luckily it passed however a banana went amiss in the process so I was only on 6 portions by bedtime.

The following day I found the offending fruit in the boot!

So off to the studio with my regulation apple and Satsuma. To find that at some point the satsuma vanished.  The culprit was Vanessa Feltz who'd purloined it to give to Chris Evans as a birthday present! 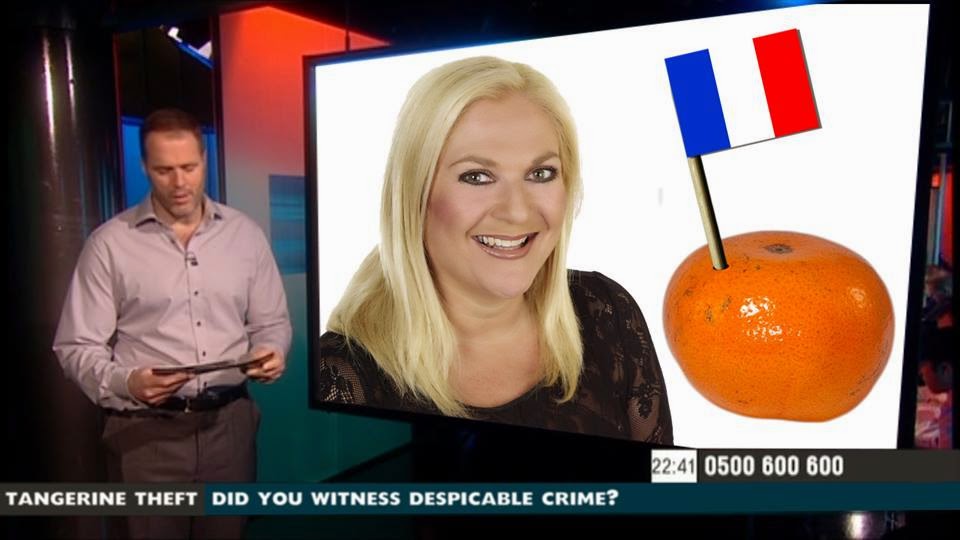 Order is now restored and I have been on target for a day or two now. 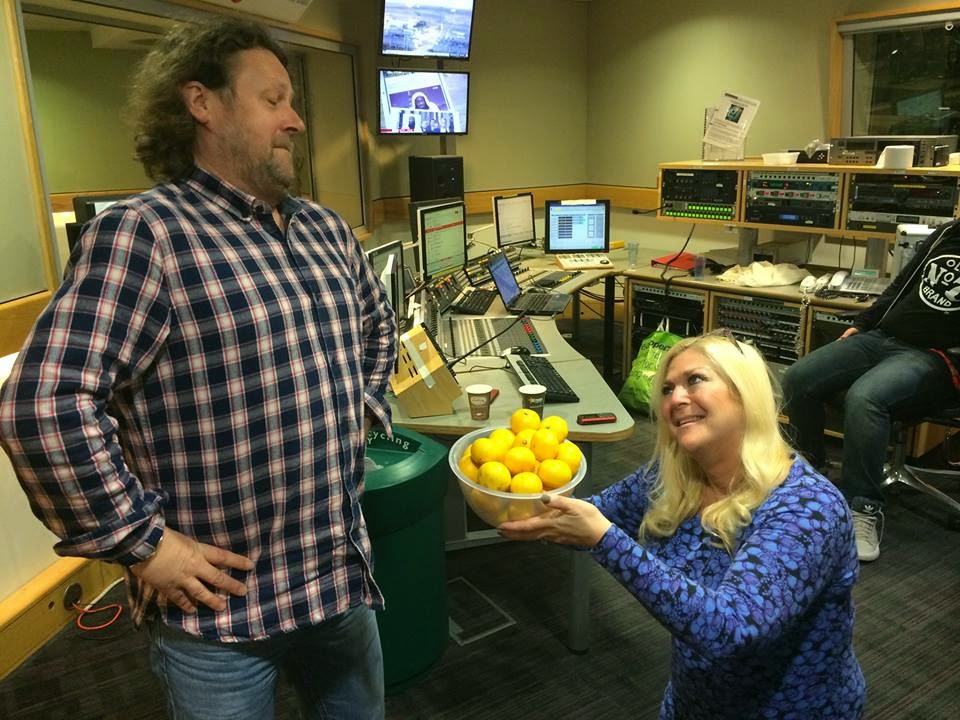 2 fruit and 5 veg. To be frank. It's not very appetising. I now know how gibbons and Mandrills feel.

It may not make you immortal. It may prolong your life and is undoubtedly good for. However as I said in the show:  In the early morning methane fug of the number 51. You will long for death! 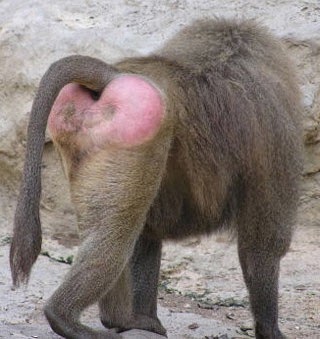 Great entry from the King of DJs... Always knew you were Le grande fromage of R2 ;-) x

It's funny you know I cannot remember when I first got into Country and Western seems to have always been there.
From traveling with my Grandfather in his truck as a child,(school holidays), we would stop off at a greasy spoon for breakfast and it would be playing then. In fact every truck stop was playing it those days.
Teenage years on the way over "The Tops" to Chesterfield and back to pick up mates for a night out, it blasted out on the way home on the radio or cassette.
It is the kind of music that is always in the background of your life.
The seven to ten fruit and veg thing has been knocking around for a while, ultimately I think vegetarianism is going to be the goal.
Off on another tangent I was listening to your program this morning and heard you say yours has more listeners than any other at this time of the day, congratulations, praise where praise is due is what I say!!

When thinking about Bathtub Taps we need to remember that the bathroom, as we know it, is still relatively new. Before 1870, Victorians would slide into a hip Taps UK in front of the fire. These shallow Pull Out Kitchen Taps were curved up the back making a comfortable rest and were made of iron or zinc, usually painted dark brown on the outside and cream or marbled on the inside. http://www.cheaptap.co.uk/

Decoration is also very particular about the overall mix, and a home to move in so many materials and accessories, of course, need professionals always a good match for us will feel easy. Let's take a look at these art http://www.faucetsmarket.com/bathroom-accessory-bathroom-mirrors-c-4_5.html with i

These favorite things parties sound like SO much fun. Short Selfie Captions Really Amazing, interesting content. The Best.. keep it up.