BUT I WON'T DO THAT!

Just back from a week off and thanks to Nicky Chapman for taking up the cudgels.  A curious expression at best. I now have the cudgels back and intend to batter you with them for a while yet. 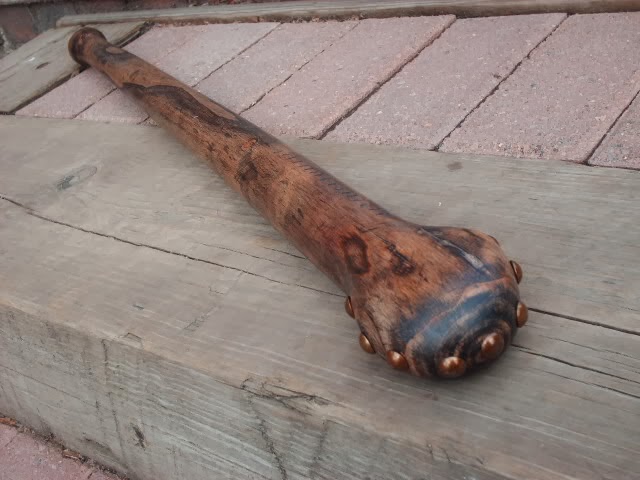 The first part of the week was spent in my spare bedroom filling CDs. The Dark Lady being busy with her work as a tycoon. From what I can gather she is usually in top level meetings. Yelling "buy rollmops! The markets dropped out of chest freezers! I don't like your price!"

Before slamming the phone down bawling out a minion and then lighting another big fat cigar. 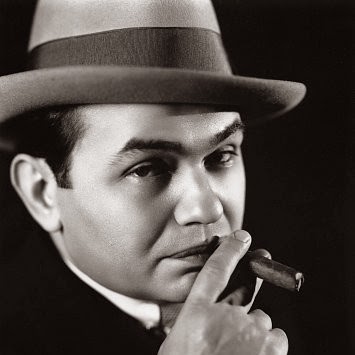 I'm not entirely sure how her job works although I know she is nothing like that. I have merely portrayed her for comic effect as her contemporaries and her industry press will attest.

Personally my brief excursions into the commercial world have usually involved me being fired by someone who enjoys firing people.

That is why I have never hankered after a management job. 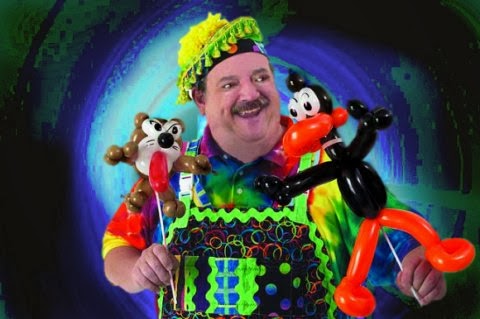 So after three days of solid CD filing. (There are a lot). I still had quite a few to go. 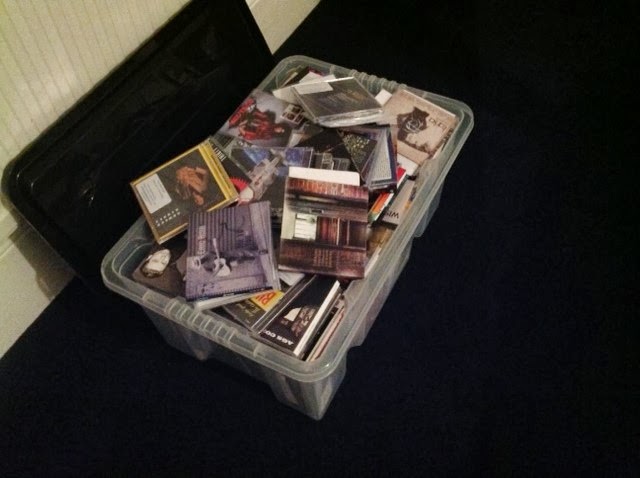 I then found a big bag of them in the boot of the car and I hit the wall.  I went downstairs and watched TV for a bit and went to the pub. 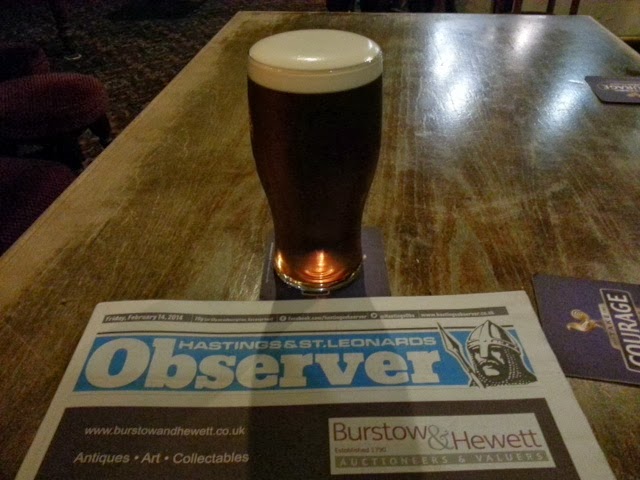 It was the musical equivalent of dieting. It was all going very well and then you realised you just can't face another plate of lentils. So you went and bought a pork pie.

Luckily rescue came in the beautiful shape of my wife who knows me so well. So we hopped on the ferry and went to France for three days and trudged around in the pouring rain. Eating a variety of breads and drinking a variety of bottled wine.

We practice our terrible French by walking to the local boulangerie and pointing at French sticks.

We have been going through the card and a current favourite is "Festigrain" which is more of a granary than the usual baguette. Although we have yet to ascertain the difference between "Festigrain" and "Festive" which looks pretty much the same. 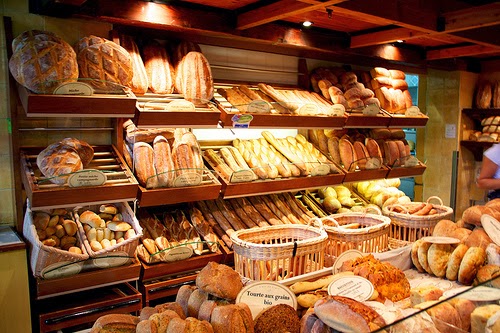 We booked an outside cabin for the overnight crossing as we have countless times before. This time the noise of the engines was deafening and we had little sleep. In the morning we complained and were told with a Gallic shrug.

"Next time request a different 'cabeeen' on a different deck, further away from the engines"!

We were six decks above the engine room. So no idea now noisy it must have been for people lower down.

One thing I've earned from you on the shoe this week was that the Gallic shrug should be accompanied by the word "boff"! (Pronounced Bowf).

We will practice this next time we are over.

Now back in harness and Monday after the programme Producer Kid Methuselah and I set off to Birmingham International for the last flight in the last surviving DC-10.  We met Janice Long and our mutual friend Chris. Janice had a closer relationship with the plane than we did as she was a "Laker Lady" cabin crew back in the 70's

The flight was packed with errr "enthusiasts". There are enthusiasts for everything pretty much. From Musical Saw Players through long distance pogo stickers to transport geeks. 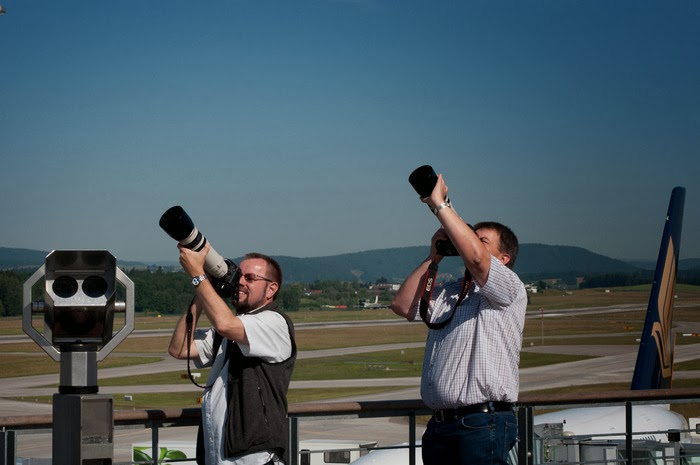 The moment the seat belt light went off they were up and photographing every inch of this frankly decaying relic. I like aeroplanes and fly myself. However I've never had this level of enthusiasm for anything. It seemed to me to border on mania. 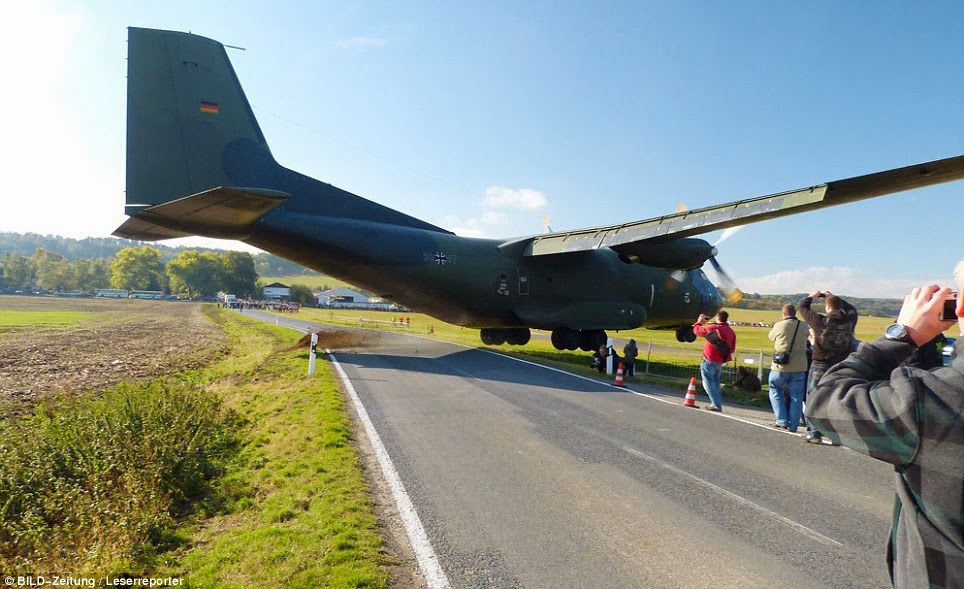 They were having a lovely time. Not that we weren't I hasten to point out.

Although the nice man from the airline was obviously aware of the PR value of this as he was interviewed to within an inch of his life about the planes and his plans which included brand new aircraft and a cut price fare to New York.

Just as well as this thing was so ancient and decaying. There were rather ominous stains in the cabin. Bits of trim were hanging out and the legacy of thirty plus years. A billion in flight meals. A gazillion cigarettes....this craft still had ash trays!  As well as hundreds upon thousands of nervous stomachs impregnated the tatty 70's Draylon interior. Giving the plane a rather unusual and not to say too pleasant odour.

We flew to the Scottish Borders and the enthusiasts applauded the take off and the landing. Something which perhaps we could try in other walks of life.  Try applauding the bus driver when he stops and starts. Clap loudly when you are served the first (and probably last) pint of the night down at the boozer. Whistling and hooting your appreciation when you ask a policeman the time.

This would make for a different and more polite society I think. Although rereading the above it may actually be misconstrued. So it's more of a calculated risk.

When we got back there was more applause for the long suffering cabin crew.  They must secretly be aching to get to work on the latest state of the art plane rather than rattling around in that old whiff bucket.

Janice was being interviewed by everyone with a notebook and a microphone as the enthusiasts realised they had real living history amongst them.

We'd had a lovely time and it was a privilege to be invited onto the last ever DC-10 passenger flight.  I can add that experience to two trips on Concorde. Travelling on the footplate of a steam engine and a Diesel Multiple Unit. Driving a traction engine. Living on a canal narrow boat for ten years. Travelling on the flight deck of an airliner from Teesside Airport to Heathrow and being allowed to turn one of the engines off upon landing. Travelling on the last ever Humber Ferry. Being allowed on the bridge of a cross channel ferry (twice) and going to Paris aboard the Orient Express...........
Oops.
My name is Alex Lester and I am a nerd.
Posted by Alex Lester at 19:37

I've flown to Canada on a DC10 and before that on a DC8. Oh dear, I'm so old *sob*! I've also been on the bridge of a cross-channel ferry, but only once!

With Gain Credit Personal Loans, you can get instant loan/money for a wide range of your personal needs like renovation of your home, marriage in the family, a family holiday, your child's education, buying a house, medical expenses or any other emergencies. With minimum documentation, you can now avail a personal loan at attractive 3% interest rates. This is trust and honest loans which you will not regret, Contact us via Email: gaincreditloan01@gmail.com

I'm giving gratitude to Mr Benjamin Lee for all of his help in securing our loan for our new home here in Fruitland. You were organized & thorough & professional, as well as kind which made all of the difference in our interactions with you. We put our trust in you and you most definitely came through for us. Thank you for your patience as well as treating us as people rather than just home loan customers. You stand above the rest, I want to recommend anyone here looking for loan or investors to contact Mr Benjamin Lee and his staff because they are good people with gentle heart,Mr Benjamin Lee Email Contact : 247officedept@gmail.com

Regards,
John Burley! Our hats off to you!!"