"I SAW A MAN WHO DANCED WITH HIS WIFE"!


Exciting weekend just gone as we went to a swanky "do"!

Dark Lady the Dark Stepchildren and I are not much for red carpets. Cocktail parties with People called Hengist or Pookie. We much prefer the simple life. Maybe a trip to the cinema. An average priced meal out or sitting at home watching the telly. 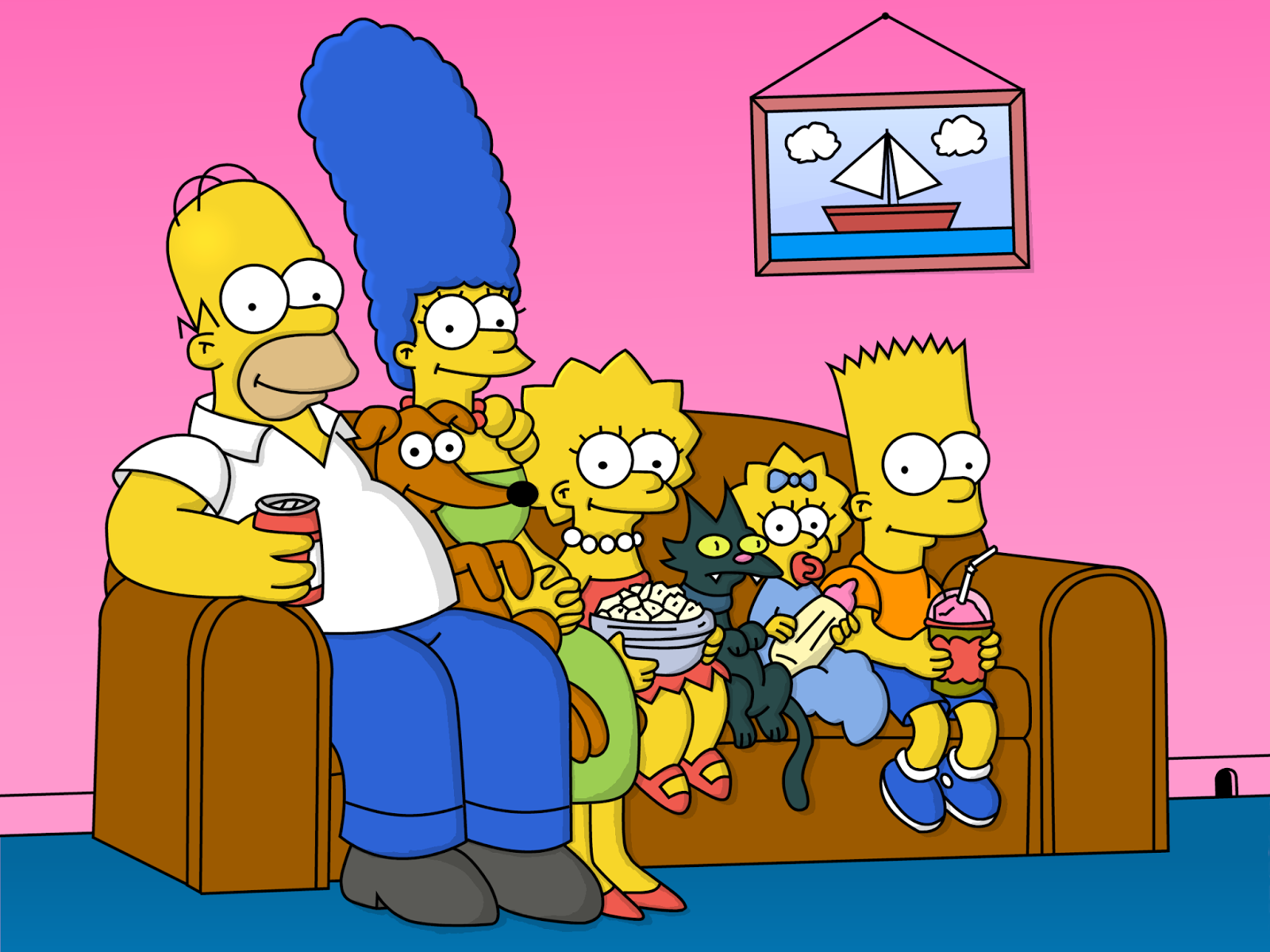 So we were very chuffed to receive an invitation to a castle!

Good friends of ours Martin and Julie were celebrating ten years of wedded bliss. So had decided to re-enact part of the big day by having a bit of a rematch at a marvellous Victorian folly in Herefordshire.

All we had to do was to get ourselves out to Ledbury where we booked into a rather fine coaching in called "The Feathers" which was very similar to our own wedding reception venue back in 2010 "The Mermaid" in Rye.

First we had to round up "the tribe".  They were staying with their Dad so DL and I had a very relaxing Friday  with a trip to a burger bar and the cinema to watch "August: Osage County" which was fabulous and I'm sure every family could identify even if only slightly with the horror of the family gathering as it unfolded in the film  Meryl Streep was as wonderful as ever and Julia Roberts was brilliant/ghastly too. 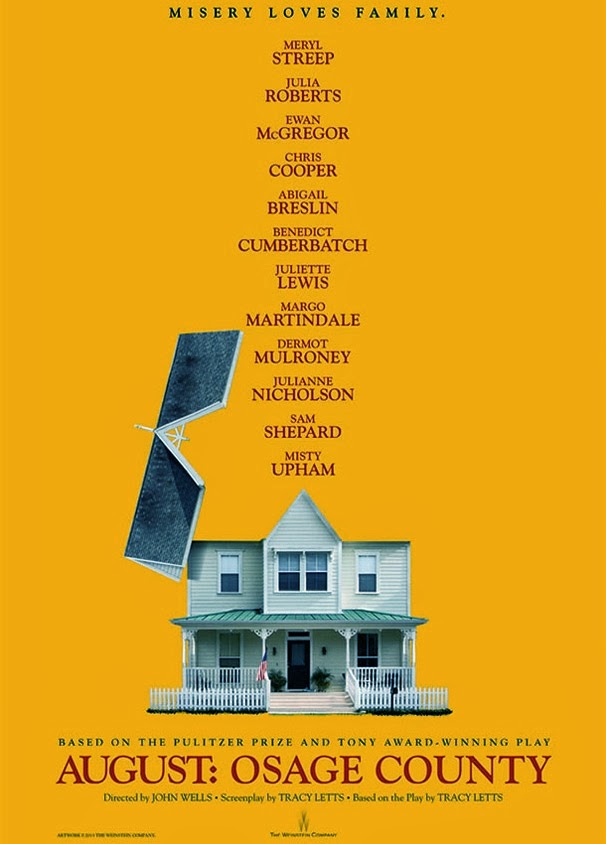 I had something to do first thing Saturday so we had to go I separate cars.  What I can never understand is that two sat navs programmed with the same address can take two cars in different directions. Although one thing is never in doubt. The Dark Lady will always arrive first!

It was going to be a dressy night so I dug out my wedding jacket and the DL poured herself into a long sheer black number (he slobbered). Ella at nearly eighteen and taller than both of us elected to wear heels and so towered over most of the male company of a similar age who were checking her out and trying to screw up enough courage to ask her to dance.

Jamie now 14 and buff after long hours in the gym receiving admiring glances from the younger end of the guest spectrum disappeared from view from time to time. The reason becoming apparent later on. 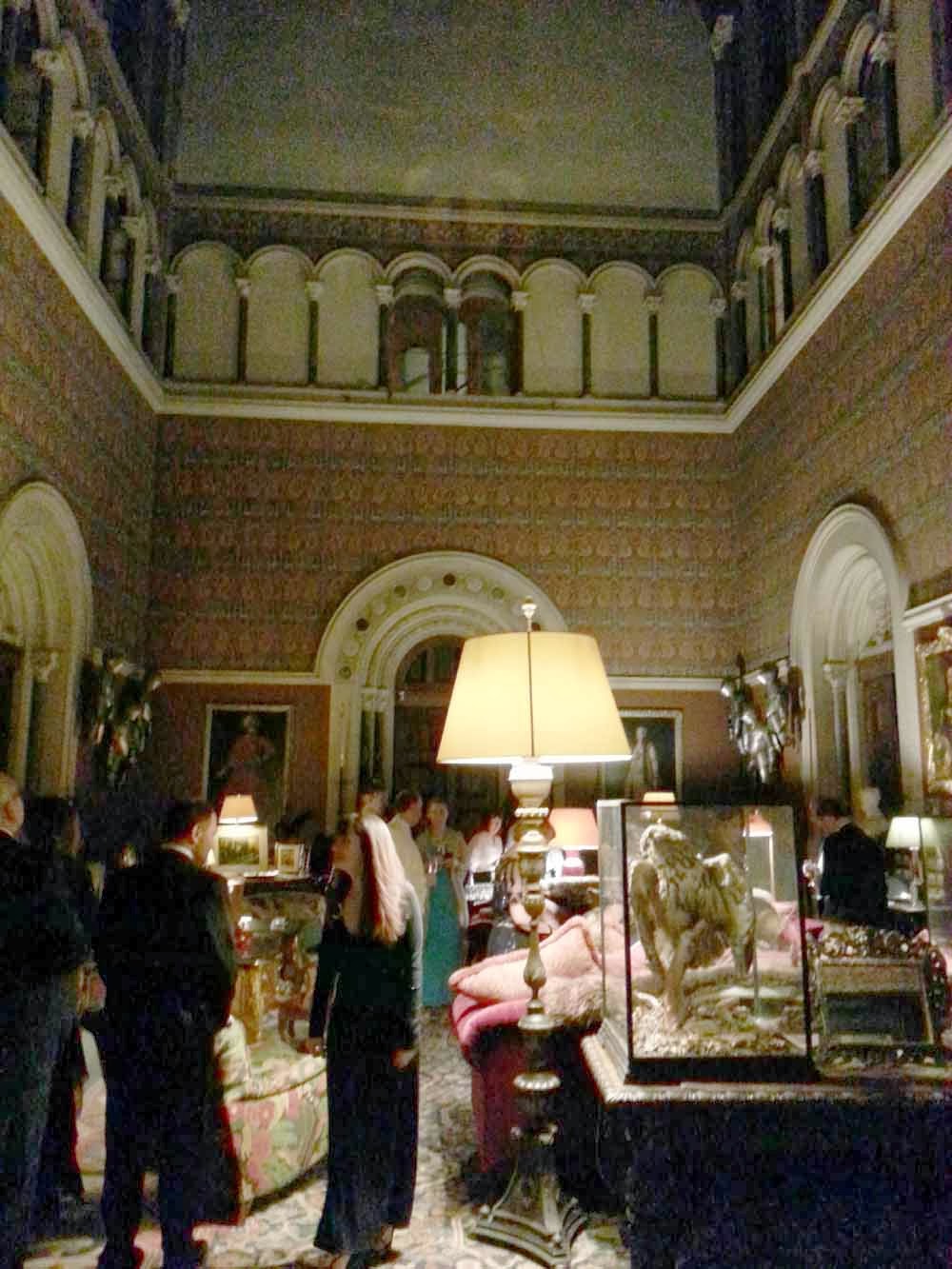 We got a cab to the castle and it was a fabulous venue. Huge vaulted ceiling in the massive hall where champagne awaited. I had already fallen in with bad  company back at the hotel. As my mate Steve Evans the truck driver who is built from boulders had already been testing the bar. So it would have been impolite not to have kept him company. 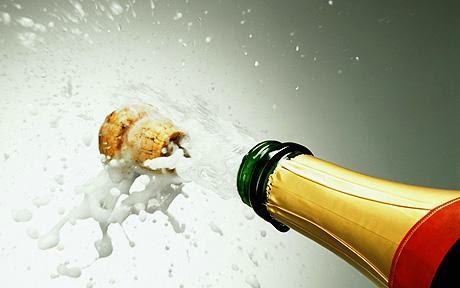 Whilst we were chucking back the champagne. We perused the wedding photos from a decade before.  I'd forgotten my glasses so couldn't really see. Everyone looked pretty much as they did today. Although two additions were Martin and Julie's 8 year old son Jack who has the energy of several so was whizzing around examining everything.  Well it was a fascinating place with cases full of stuffed animals and suits of armour among other interesting bits.  The other addition being me. I'd not had the good fortune to have met all these folk back in 2004.

Then there was food. Lots of it and delightful. We were on a table with our closest friends so conversation was easy and as entertaining as always. 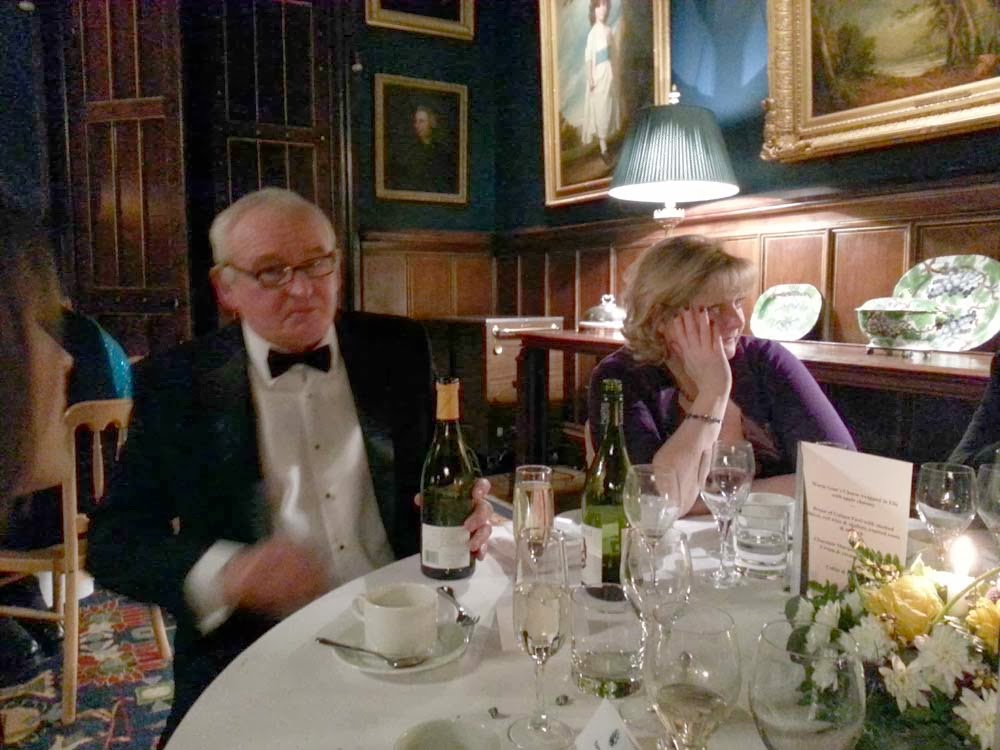 Martin judging the mood perfectly made a short speech and as he is a demon quiz compiler informed us that there wouldn't be one as there was fooding and drinking and dancing to do. 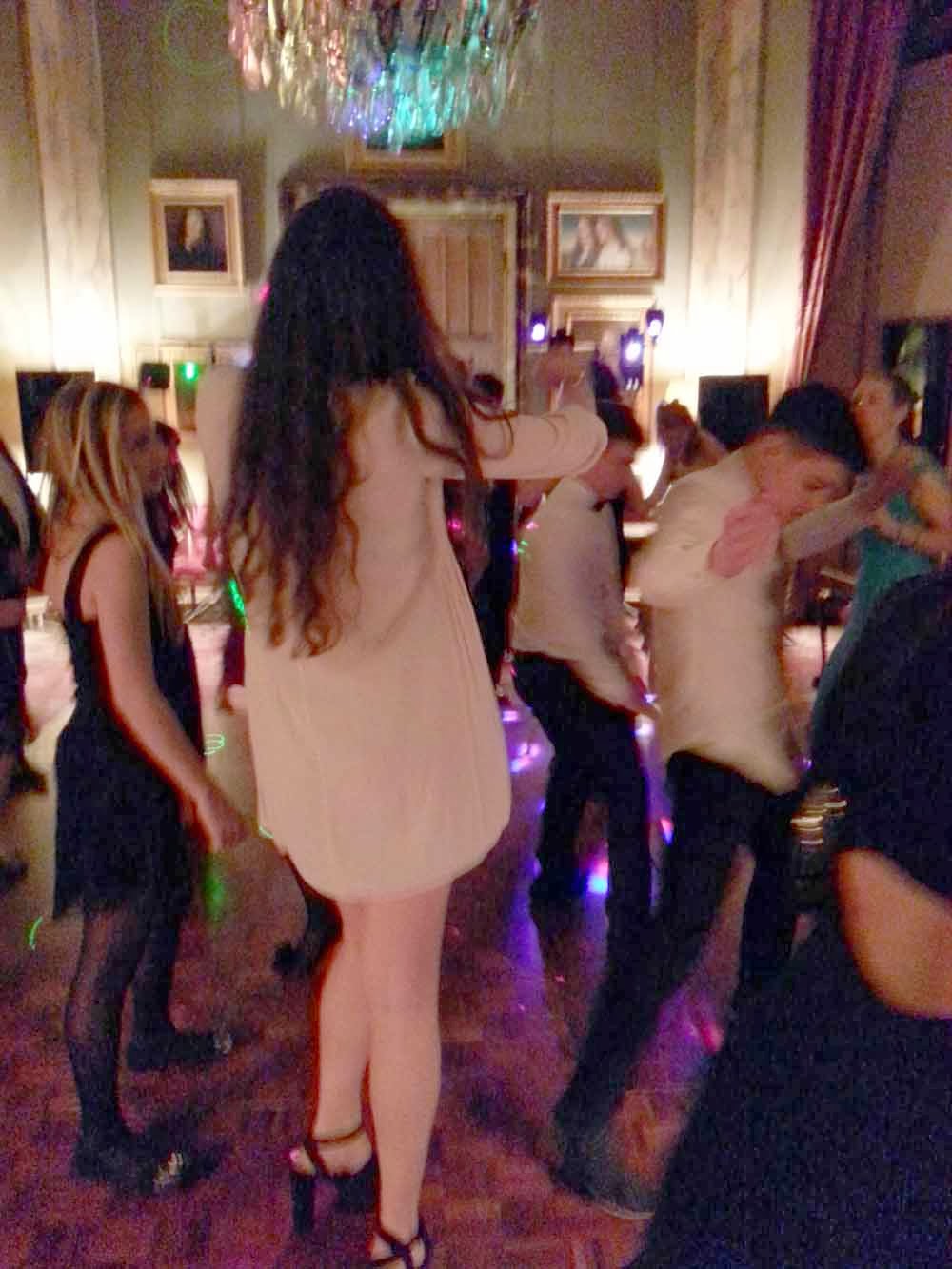 So we did just that. We drank and we danced.  I've lost about half a stone since Christmas so felt rather more agile. (ie less lumbering) so was busting my best moves much to Ella's amusement. Dark Lady was very kind and held me close. 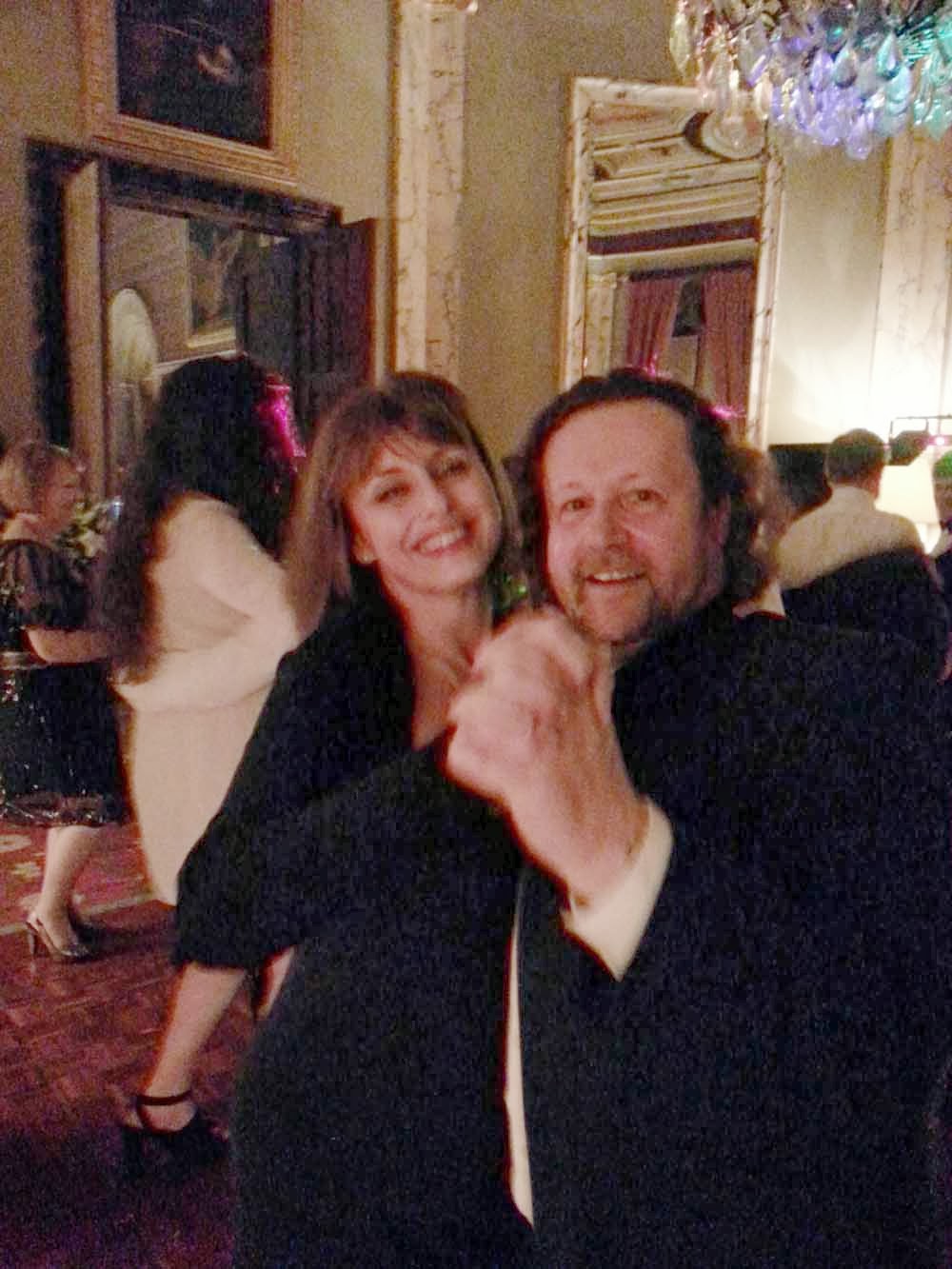 Jamie appeared on the dance floor from time to time. Swayed in time to the music and then wandered off.

Due to the volume of the music and my rather sensitive old ears. I elected to fashion earplugs from "bathroom stationary". That way I could enjoy it without discomfort.  I may have looked a mite strange. However I'm used to appearing a buffoon so there was no change there. 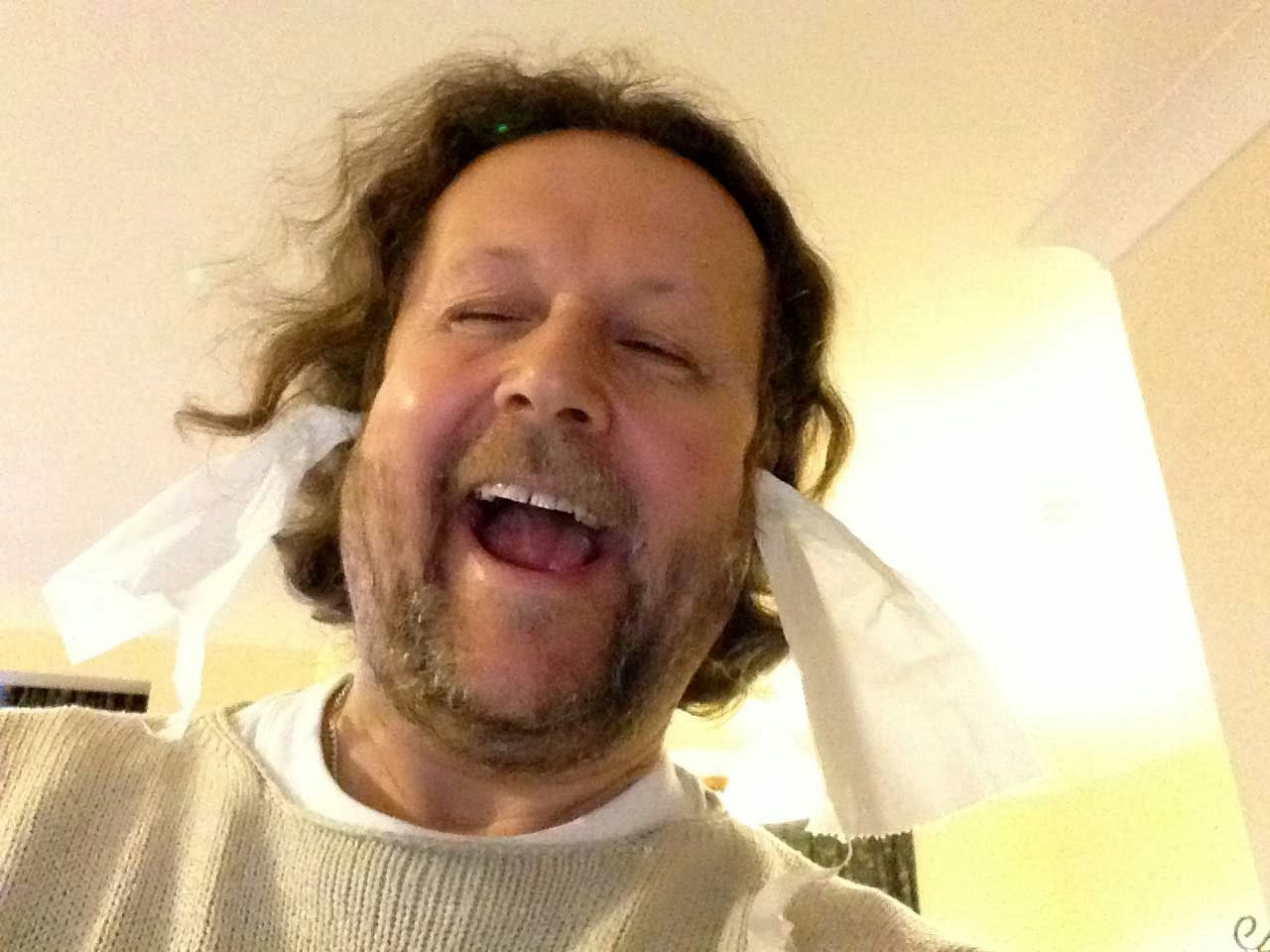 All too soon it was time to go. We gathered everyone together as the minibus arrived to take us back to the hotel......where was Jamie?

Ah there he was....being rather ill. So that's why he kept disappearing. He had found a secret stash of booze and was doing what kids do. Trying it all out. Without realising the consequences.

I drove a rather pale and nauseous young man back to London the following morning.

It was difficult to keep a straight face when I recalled my wallet being confiscated by my mother at a beach barbecue in Majorca when I decided that it would be a good wheeze to have a gin drinking competition with another teen......I was 14!
Posted by Alex Lester at 09:08

Pleased you had a good time