IT'S A HARD KNOCK LIFE

It’s always important to keep a sense of proportion when looking at the things that don't go according to plan on our lives.


Every time I turn on the TV there are ambulance chasing adverts giving us the opportunity to sue people for miss selling medical disasters or personal injury.  I wince every time the bloke falls from his ladder. Every time the chap saws his fingers off in the lathe or the woman slips on wet floor and her handbag falls open. (I think she hurt her knee as well but my focus is always the contents of her bag. Sorry).

However there are other things that can go wrong which frankly you must have to get on with.

My late friend Clive always referred to these events which frankly aren't important as a "Hampstead Crisis".  This idea was conceived after a rather posh woman who lived in the upmarket London suburb whom he worked with arrived late and flustered in the office one day and wailed:

"It was raining so hard I had to drive to the bus stop"!

I don't know if it’s a by-product of our cosseted lifestyle but sometimes you do catch yourself in mid whine and think.

"How would this play with a starving child or a refugee"? 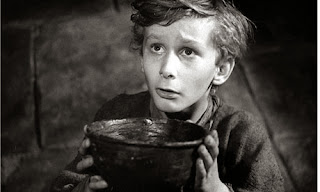 So for first world problems now read on:

I've been driving my current car - 'The Mid-Life Crisis" - since my previous steed (clearly fed up with me as its owner) decided to set fire to itself on the M40 at Oxford Services.  Which was a shame as I had just had a whole lot of work done it. It was a Mazda RX7. It was a rocket and I loved it.

Its replacement which I bought as an ex demonstrator is now 6 years old with 50,000 miles on the clock. 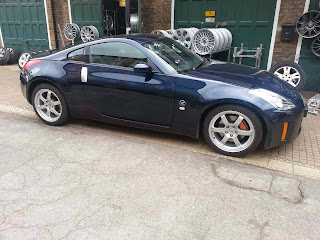 However in that time I've dropped a bicycle on the driver’s side door, there’s a rust spot on the roof where it has had a stone hit it and the alloy wheels have been curbed and dinged a few times and are beginning to corrode in places. So I decided to invest a few quid in bringing it back up to "scratch" (cue drums of pun).

So off I went to Acme bodywork who did an excellent invisible mending job on the paint. Then I needed someone to do the wheels.  Who to get? Just as I was pondering this I heard the letterbox rattle.  Someone had posted a flyer "Acme wheel hospital".

Yaayaaaay!  Off I went to the location. Got an estimate and booked it in.  The car would be perfect after that I thought. After all it was mechanically perfect. At that precise moment it decided to break down!

It had gone into "limp" mode!

After calling the dealer and looking on the Internet and turning it off and letting it cool down it has worked perfectly ever since.

So back to the alloy wheel place who lent me a set while they stripped ground reprinted and balanced the originals.  They did a fantastic job.  The paint was perfect and the wheels were perfect I thought, as I pulled up outside the Dark Lady's house and promptly curbed the wheels!

The old barnet was getting a bit long. Now at my ripe old age I'm actually quite proud of my hair.  It is mine. It's not a rinse and I hope to keep it for a while longer.  I've had it long for years so I had no desire for anything radical when I turned up at Acme hairdressing and was introduced to a young man with terrible hair, a ring through his nose and a insistence on addressing me as "mate"  at the end if every sentence... “mate”!

I showed him how much I wanted off.

"Just wind it back in a few weeks and take a bit of the weight out".

He measured and off I went to have my hair washed and head massaged by a teen.

Now anyone who has or has ever had hair will tell you that if you wet it. It gets longer. So if you measure hair dry and cut it in the same place when wet. When it dries it will be a lot shorter.

Don't think this had percolated into the brain of my "dresser".

"You've cut it too short". I protested

He said and then set to with his straighteners.

If you have naturally curly hair as I do. Yes if you straighten it. It will appear a little longer......for five minutes!

I slunk out of the salon vowing never to return. It will take months to grow back. 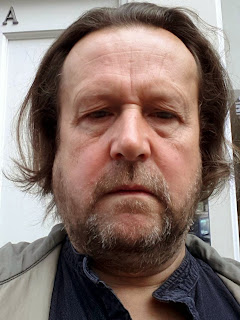 The Dark Lady took one look and got on the phone to Acme Hair. A considerable strip was torn off I can tell you.  You don't want to mess with Mrs Lester when her blood is up! 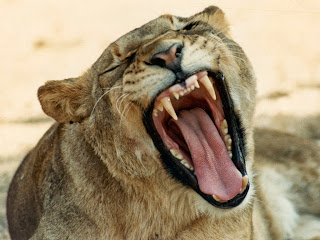 Various people have said they like the new look. They have said that the guy did a good job.

My riposte is this:

If you take your car to be re sprayed green and it comes back pink it may have been done very well, but it’s not what you ordered. The same goes for my hair. 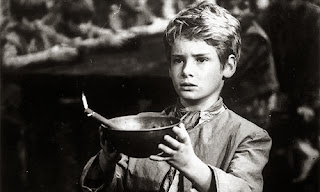 OK maybe an exaggeration. It's still annoying though.

However rereading the above it is important to remember that sense of proportion. Its hair and it will grow back. Although I won't entrust it to that bloke again...mate!

There have been bright spots during the past week. I've not been staggering from crisis to crisis.

Hastings Classic Car show. Every year I get to go check out the marvellous metal and award a prize to a lucky owner.  This year I was delighted to meet Andy Garner and his excellent late 70's white mini pickup.  He's a Best Time of the Day listener and tunes in when up to his hub caps in buns as he's a baker in Sevenoaks. 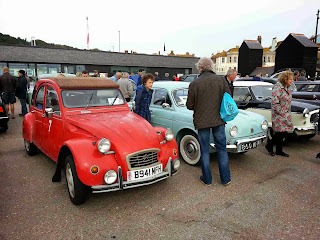 Producer Kid Methuselah wasn't so impressed. I sent him a picture of a Citroen 2CV that was on display. He's a Citroen nut and spends a lot of his time haunting scrapyards and dismantling-reassembling his old Citroen CX and bright yellow Dyane.

He thought the 2CV should have won, of course.

My adorable wife the Dark Lady knows one of several ways to bolster the flagging spirits of her mercurial husband. 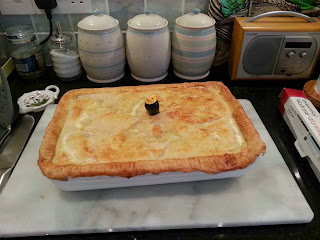 All is well with the first world!
Posted by Alex Lester at 15:51