Rather like mine and the Queen’s birthday - which arrive seemingly at least twice a year - the tri-monthly DJ Nerd Night seems to appear every three or four weeks. 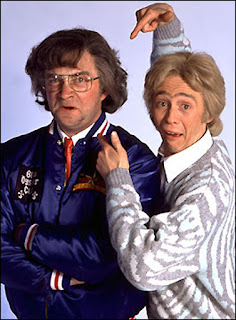 This is where broadcasters from different walks of life and different radio stations get together to swap scurrilous gossip, drink beer, eat food, grumble about the state of the industry, be professionally jealous of other more successful and less talented presenters and generally put the world to rights.

We've certainly covered some miles over the years. Hull twice. Leeds. Sheffield. Birmingham twice. Swindon. Gloucester. Brighton. London. Manchester. Liverpool. York, and on this occasion, Lincoln. Don't think I've forgotten anywhere. Although with the same Modus I can understand why bands on lengthy tours staying in chain hotels write down where they are before they go to sleep as otherwise they have little or no idea when they awake (or in the case of rock stars IF they wake) next morning.

We've had varied success from very late nights to staggering around hideously crowded city centres looking for a pub that wasn't so crowded and noisy that we could hold a conversation. To ones that seemed to call last orders the moments we move into view.

As the oldest member of the party I've noticed now our cities have changed over the years. Birmingham was a prime example as I was a student there in the 70's 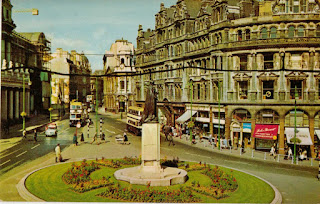 For the Nerd night we ended up in an ear-splitting boozer which had been a warehouse when I was a teen. It was situated opposite what had been an excellent local pub which had at some point been turned into a restaurant. A visit to the loo uncovered a couple going hammer and tongs in the cubicle - much to amusement of all the other blokes in there - who were taking it in turns to peek through the crack in the door and urge on the happy couple. Classy!

Would that have happened in the Birmingham of my teens? Possibly but unlikely. Why unlikely? The boozers I frequented rarely had locks on the toilet cubicles. Seats were a luxury and bathroom "stationary" a rarity. Some of the rougher pubs didn't even bother with doors! 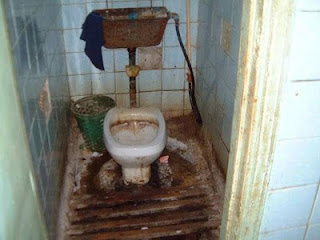 Lincoln however was a triumph. The city has moved upmarket over the years. Must be getting on for thirty years since my last visit. I vaguely recognised some of the landmarks like the cathedral and some ancient walls but frankly that was about it.

This time, however, the accommodation was cheap and comfortable. Unlike the trip to Manchester where the accommodation had been interesting in that at some point someone had shoulder charged the door to my room and torn it off its hinges splintering the frame. The sofa was missing its cushion as I wrote at the time, presumably a detective would have noted the shattered door and the missing cushions and concluded the "perps" had disposed of the blood soaked upholstery after the murder. 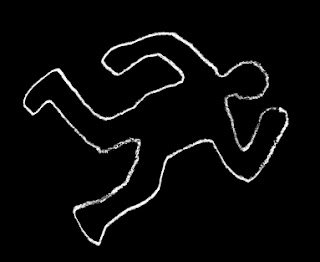 This time no mistakes. No problems. It all worked wonderfully well due to the good offices of organiser Matthew Rudd who now divides his time between broadcasting and teaching swimming. So I always sign off any missives with "dry between your toes". Apparently he tells me it is the ears that need special attention.

My Godson, Michael Hurley, lives in Lincoln so he scouted the venues and came up with a superb Italian restaurant in Gino's. (You know with a name like that it’s not going to be a Chinese)! 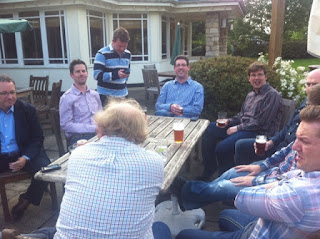 The beer flowed and the conversation was as dark and scurrilous as it was supposed to be. After one particular industry anecdote I'll never be able to play a track by a certain pop duo ever again, knowing what I know now!

Note to the parties in question:-

If you are going to have a knock down drag out fight with your partner, don't do it at full volume In a hotel with paper thin walls. Intimate details of your sexual inadequacies will be heard by everyone, shattering for ever your squeaky clean heterosexual image!

All in all a top and very civilised evening in a beautiful setting. It was still very nerdy though.

The next one threatens to be in London. However, in the suburbs as it’s cheaper and the pubs stay open longer.

Have wrote to you with a good suggestion for your D.js Nerds Night. You will love it I promise you. Keep it quiet please as it's my dads' local! Thanks.

Unreserved apologies Alex, just read my last posting again,I meant keep it to yourselves, not the noise level.

Hi there , I found the topic the microphone smells like-beer very interesting , I was searching for it , sincerely rkaudio.com.