Last blog before a couple of weeks off. I have said in earlier posts that this year there will be no American Adventure on the grounds of cost and diplomacy. It is too expensive and who wants to listen to someone droning on about their exotic trips when they are not going to be going anywhere this year!

Hopefully if there are some "green shoots" (whatever they are supposed to be) , look out USA in 2010. I still hanker after the third and final road trip from Seattle to the Florida Keys.

Friend came down to see me the other day and I think she is trying to sabotage A) my "Man in black" (socks) aura of effortless cool and also B) "Blubberwatch". She turned up with a small gift of a screamingly loud pair and a frozen brick of chilli con carne which just happens to be one of my favourite foods and can be eaten with pretty much anything including when you have run out of rice and veg and you are on the last scrapings. It fits nicely in pitta bread with a slice of cheese. 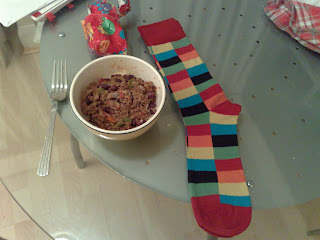 The music is still coming thick and fast. Part of the fun is introducing people to new artists. After the success of the Polly Scattergood gig my mate "TV Trish" with the bellowing laugh was up for a trip to the Union Chapel in London's Islington for Melody Gardot the other night.

Since our last meeting she says she has found a "Face book" stalker. "Saw you at the Roundhouse with Janice Long and Alex Lester for the Scattergood gig the other night" (Cue music) "Eee Eee Eee Eee!". Janice is easily recognisable from all her Top of the Pops and Live Aid appearances. However Trish and myself far less so - two Episodes of "Call my Bluff", "The Boat Show" and the odd regional TV appearance in my case. "Sale of the Century" in Trish's. Although she did do a lot of TV continuity and I think some of that was in vision. Although she does have the most fantastic and very recognisable voice.

Melody Gardot was unfortunately run over by a car whilst out cycling a few years back and horrifically injured. "So she is flat?" said my mate "Libido Boy" when I told him I was going. NO! She now walks with the aid of a stick and has an enhanced sensitivity to light and loud noises. This resulted in her wearing dark glasses and singing the most wonderfully expressive songs….very quietly. Aided by a string section, horns, upright bass and drums (mainly brushes so not too noisy). You could have heard a pin drop. Her single "Who Will Comfort Me" which is on the Radio 2 playlist was about as loud as she got. She finished with a stunning version of Ray Charles "Hard Times (No one knows better than I)” which made the hair stand up on the back of my neck. TV Trish really enjoyed her as well. 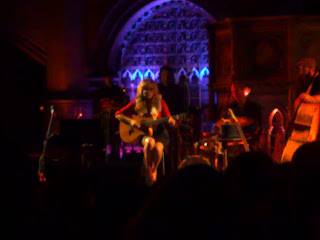 The upshot of the gig was a late night so only two hours sleep before the show.

Been a lot of fun this week with you on form as ever responding to all the stupidity and daftness, although Andy the Producer and I have noticed a trend toward "Thread slippage", where you decide that you are going off-topic and so hijack the show. This is fine and has led to some very funny stuff from you.

Thursday morning and Francine turned up with the proofs for the new publicity shots. Due to the passage of time it is four years since I last had my official Radio 2 picture taken so it was time for another. Like a fool I have all the old ones framed on my bathroom wall so I can lie there in bulbous splendour and look at the havoc time has wrought on my face and body.

Francine arrived at 5.30am which was kind of her although she was rather red faced, coughing and flustered. Transpired she is allergic to cats, a fact she did not discover until two years after she got her pet. It had spent the night sleeping on her head causing a severe sinus reaction. Still, disease can be a force for good:

The previous afternoon I had re-met an old college friend Bryan. Not seen him for 30 years and he looks exactly as he did apart from the odd grey hair. He is in publishing and runs an organisation devoted to health matters in Africa. He was brought up there and visits often for work. It was really good to see him and it was like the years in between hadn't happened. We arranged to meet at a coffee shop and I found him sitting outside. "Outside? You don't still smoke, do you? "No, gave up more than ten years ago" "Did you find it easy" "Yes I got Dengue fever. When I came out of intensive care I didn't feel like smoking any longer!" Welcome back Bryan! 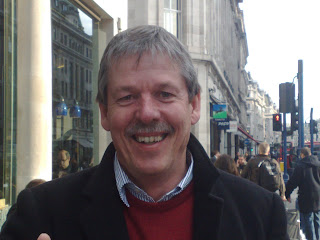 Off home to sit and watch cheap DVD's for a couple of weeks. So this is the last entry for the time being. Tim Smith will be keeping you entertained for the next fortnight. Thank you as always for the continued support. We (that’s the team and me not the "royal we") are, as usual, fawningly and pathetically grateful.
Posted by Alex Lester at 18:02

Have a great holiday and a good rest, Mr. Lester.

Have a happy holiday! Don't get too used to the lie-ins!!!

You gotta love Libido Boy. Is she flat...hysterical.

I recently came across your blog and have been reading along. I thought I would leave my first comment. I don't know what to say except that I have enjoyed reading. Nice blog. I will keep visiting this blog very often.