When I started in this industry back in 1977..... This feels like only yesterday incidentally. Probably as my father marrying my Mum back in 1951 feels to him. Although my photographs are in colour and his are black and white.

This passage of time is interesting to me as many of the people I worked with at the start of my career were from a romantic and nostalgic period in broadcasting. People who had been part of the BBC's Western Region. Or the Home, the Light and the Third. 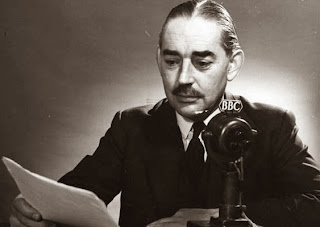 As I have mentioned in previous blogs I even met Marconi's widow. Without him there would have been no radio....although where we are now I dare say someone else would have had to have invented it at some point.

So what is the point I am trying to make?  Am I going down the dinosaur route to rail against modern radio?

Just as elderly comedians who are no longer 'box office' gripe about the new generation of comics: How many times have you heard a slightly bitter old stand up interviewed. The sort who tells us:

"We didn't need to use bad language like they do now. We told jokes that the whole family could enjoy"!

Hmmmm you are forgetting that things move on and some of those good old gags from my 60's and 70's youth involved a lot more pernicious stuff than a few rude words. 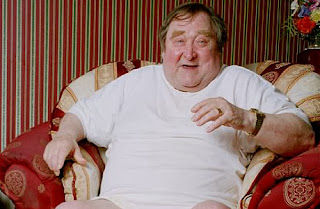 Oops... as usual diverting onto a soapbox there.

So how have things changed over the years? Obviously the technology. 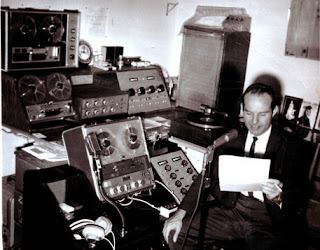 I played vinyl and the occasional 78rpm disc when I was a boy broadcaster.  Then along came CDs.  This was a huge leap as for the first time you couldn't see which tracks you were playing. Oddly this was harder to grasp than the move from CD to the current incarnation: The computer hard drive.

Maybe it's a side effect if age but things are now moving a lot faster.

Shortly after the hard drive came the studio web cam. Then the email. Then the Twitter and Facebook. All have made interaction with you so much more instant and simple. It has changed the way the programme works. In the old days you'd throw a few ideas out and wait a couple of days and see what the post brought in. Now with the Internet you responses are waiting for us when we arrive in the morning.

So what is next?  Well pictures on the radio.  We started with a few snaps for the website. These became more sophisticated in terms of their execution rather than their subject matter. Now we're moving forward to video. Check out my page on the Radio 2 website for examples!

Since new producer Kid Methuselah has happened on the scene we've been planning our assault on the world not only by the daily stupidity that is the Best Time of the Day Show but also how we can add extra fun to the mix.

As 'The Kid' is from the commercial radio world, he would term it 'adding value to the brand'. And with tongue firmly in cheek - citing some of the nonsense he's heard senior management types utter over the years - "benchmark items we can cascade to the listener through regular idea showers".

It is going to take some time but we hope to wean him off such terrible jargon! 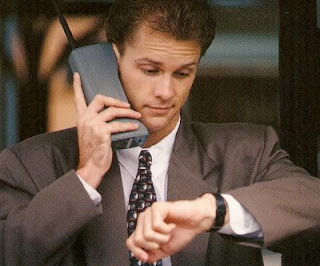 So we are now making our own films. So far I've danced to your own choreography. I've accidentally slaughtered Janice Long and Sara Cox as "Daft Vader" and in the latest video, I'm taking on the role of a sort of hairy Superman! 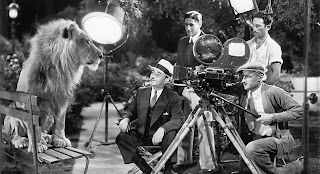 We are having a lot of fun making them and we see them as an add-on to the radio show. Expect it to develop as time goes on. How far will it go? I've no idea but if it helps to close the gap between the media pash on all things 'TeeVee' and us plodders on the Senior Service; the wireless. That to me can only be a good thing.

In the words of Kid Methuselah: "Lets pop it in their mental microwave and see if it goes ping"!
Posted by Alex Lester at 05:01