It's started. The countdown to the big day.

Normally I'm not too fussed about the festive season. I've worked many December 25ths and 31sts so in many ways they can be like any other day of the year albeit quieter. 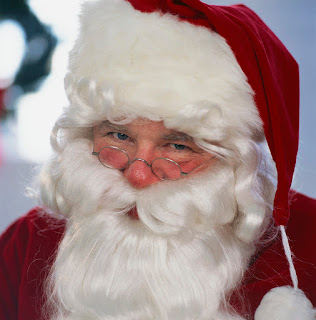 One year back in the days of cheque books, I stopped to buy petrol one Christmas morning and absent mindedly asked the cashier what the date was.

One year whilst working in the North-East I did my radio show, went home and decided to cook myself a proper Christmas meal with all the trimmings. 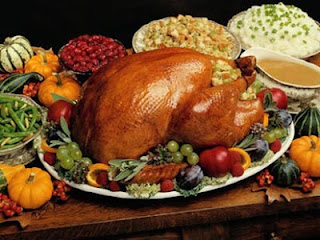 I bought a tiny turkey. Stuck it in the oven and whilst it was cooking went and tiled my bathroom. Several hours later I went into the kitchen. Removed the tiny bird from the oven and ate it all in about ten minutes.

Admittedly that was a depressing year! 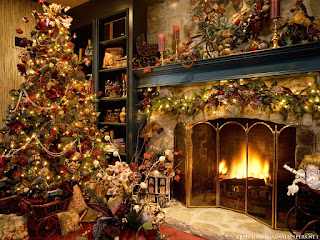 Last year, due to my wedding, I wasn't really prepared. So by the time we'd come back from honeymoon it was only a couple of weeks to the big day and so never got round to doing half the things I should. No cards were sent as a result. This year things are going to be different. 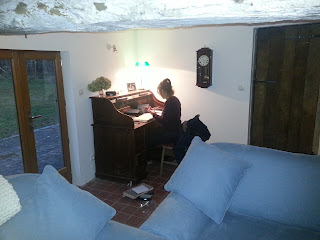 The Dark Lady has already written 90% of the cards. So I just have a few to do.

Gifts are a different matter. On my side of the family it's always been easier to ask people what they wanted and then go and get it.

However, I also like to surprise people so I've been wracking my brains to think of things to get people. 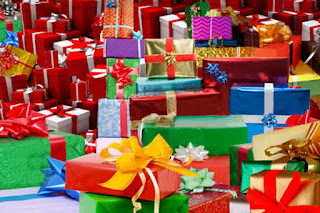 It can be a tyranny. Someone I knew was so stumped come the eve of the big day that he rushed out and bought his wife.....a small wooden box!

I hope to do slightly better than that. It's not easy to match the person to the present. I once joked how naff socks as a gift were to an elderly and rather haughty grandmother of a girlfriend as I opened a parcel containing a pair from her. 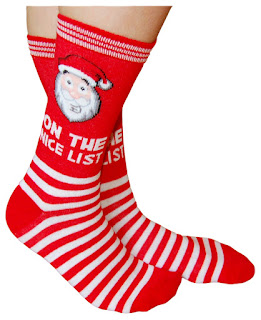 The next year she gave me a cheese knife!

It is the first week in December and I've already bought one item. I feel good.
Posted by Alex Lester at 12:12