How to make the delivery of furniture (a tedious job and a back breaking one at that) an exciting, thrilling and maybe romantic one. 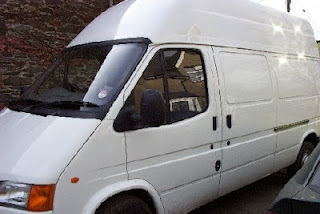 We had a van load of furniture including a desk. 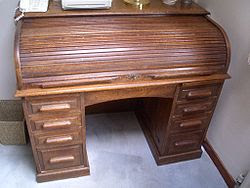 Also sundry electrical gadgets which we had just bought, plus DVDs and linen. We were off on the road to Portsmouth to catch the 10.45PM ferry. 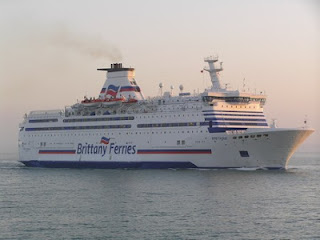 Back in the bad old days, vans were noisy, draughty, unreliable and grimy things that were a pig to drive and ran out of puff at 50MPH. Today's vans have CD players and go faster than you think, as witnessed by the flash of a Norman speed camera the following day. 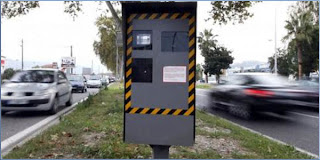 I had decided that as girls like chocolate (generalisation alert), I'd buy a bar or two for my beloved. Being a ruff tuff white van man, I had to buy Yorkies as I think this is the law of commercial driving world.

These filled a hole until we arrived at the ferry port. We were two hours early so decided we needed something to eat.

"Fish and chips" we chorused.

We've not had any for ages. There must be a chippy here surely - it was the seaside. We drove around Old Portsmouth. Big van negotiating narrow cobbled streets. Nothing until we headed for North End and a street lined with takeaways. We parked in a bus stop. Dark Lady rushed in and ordered. Haddock and chips twice. Mushy peas for her and a saveloy for me. (Delicious but never ever enquire what is in one.) 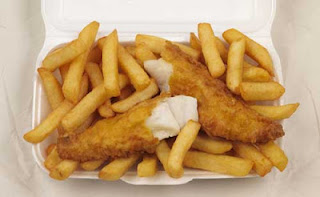 Where could we eat them in comfort and without being disturbed?

So we drove around until we found a deserted builder's yard and parked outside in the gloom.

A feast! Onto the ferry, a couple of pints and then bed to be rocked to sleep by the waves. Pretty much a perfect day frankly.

As I turned the light out a little voice in the darkness said;

"I can smell saveloy" 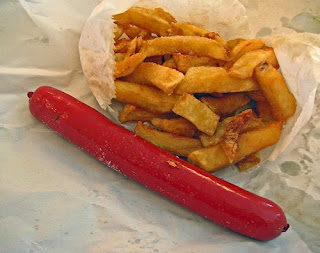