THIS IS THE WAY WE CLEAN THE HOUSE

And on the seventh day he rested. So we were told in Bible class.  Back then as a small child I wondered what God was up to on that first Sunday. Was he, (or let's face it possibly she? I'm not wedded to God being a bloke), a bit bored?

As presumably there was just rolling countryside. Gambolling animals including a rather pesky serpent and Adam and Eve hanging about. There just weren't enough folk around to go and visit. Not enough 'hood' to hang in.

Nor were there enough to make up a football team. Although by then with a rather sparse population of, err, two. If they were going to do some sport it would have had to have been strictly amateur as there wouldn't have been enough population  for spectators. Let alone referees. linesmen. Commentators. Pundits and 'Gaffers'.

In fact Gaffers may have vexed God a little as these red faced chaps in sheepskin coats sitting on the sidelines furiously chewing gum, spitting, gesticulating and yelling oaths probably thought they were gods. So it would have been silly to invent competition so early after creation. 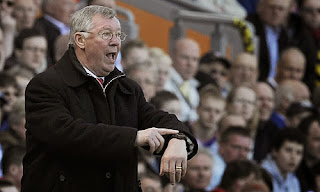 This is why I think he/she - for want of something better to do - decided to create something which would give his flock something to do. Something that would keep us occupied. Also something he/she would gain endless pleasure from watching us battle it.

To this end God created....STUFF!

Stuff is the all encompassing term to describe what fills our homes. Sheds. Cars. Pockets and by default heads.  It is rarely useful. Takes up a lot of room. Costs a lot of money initially although it suffers catastrophic depreciation and is generally a menace as well as an addiction. 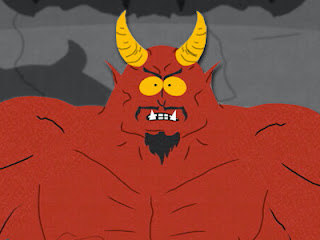 I had a week off the other week and decided the time was ripe for "de cluttering".  This is a posh marketing term for throwing stuff away. Which is brought to you by the same people pretty much who want to sell you more stuff that you will eventually have to throw away as well. The cycle continues indefinitely. It is a visible form of perpetual motion.

Stuff comes in a variety of categories:

However it could come in useful for spare parts if other similar stuff breaks.

Not broken but may be useful one day although we know in our heart of hearts this is untrue.

State of the art when new. By the time you got it home from the shop the then perpetual cycle of stuff had rendered it worthless and hopelessly old fashioned. So much so. No one would be seen dead with it in the continual battle that is keeping up with the Jones's stuff.

Stuff we think may be valuable one day although we know from the Antiques Roadshow this is a lie. We get more than a little glee from watching dejected people shuffle away having been told their prized Victorian wotnot was only worth pence as it was a poor and damaged example of stuff that everyone had back in the day. Which back then would have fitted into one of the first two groups I've outlined anyway.

This is the worst category as it is very often rubbish to start with. Your children's hand prints as infants. Their terrible "drorings" of Mummy and Daddy that were stuck with such pride to the family fridge.....hang on you didn't chuck the old fridge for the new big American two door model did you? That was the kids first fridge. You should have kept it for sentimental reasons!

Concert tickets. Birthday and Xmas cards. Menus from long forgotten meals. Bits of ribbon from weddings. A lock of hair....from you....no you....no it was Jessica the first born....or was it Jemima?  No it was from Barney the family Labrador. He's been in dog heaven twenty years now. Still we have his paw print and his old collar still.

To this end and to try and break the cycle. During my week off I was going to get rid of masses of stuff in my garage. Not sure at what point God decided to create the garage but it has little to do with the invention of the internal combustion engine. Garages were built as a receptacle for our ever growing piles of stuff. The car just had to sit outside and stare at the bulging doors. Knowing it was unlikely to get a sniff of the inside.

So I set to clearing my stuff mountain.  Most. If not all ticking the above boxes:

A burnt out vacuum cleaner from the late 1950's.  That could be worth something one day.

Vacuum cleaners were an everyday household item by then. Pristine and unused maybe. Charred and rusty. It's landfill.

Televisions. Some working. Others not. Six in total including a 12" black and white portable from the mid 80's. Also a flat screen TV. The downside being it was attached to a huge box that vibrated alarmingly of the volume was ever turned up beyond a whisper.  Probably worthy few quid second hand.

There are thousands of them out there. The stuff cycle is ensuring that everyone is doing exactly the same as me and upgrading to a bigger screen in a thinner box.

Boxes and boxes of books. Mostly paperbacks. Well a few pence at a second hand bookstore or failing that a charity shop would welcome them I would have thought.

Books about tranquilliser use in the 1980s. The 1977 Good Beer Guide and The National Trust Property guide 1992 are no use to anyone but the author. "Fly fishing" by J.R Hartley at least had a comic purpose.  "Teach Yourself Word" - again having limited use unless you still happen to have an old Amstrad word processor knocking around. Er actually I do. See sentimental above. I wrote many of my early scripts and features on that machine.  I got rid of loads. However I doubt I've broken the cycle. 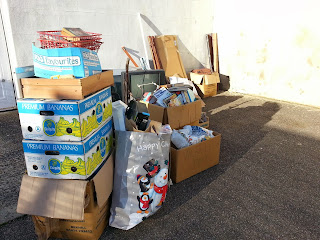 So to the final ignominy in the relentless stuff wheel. You buy it. Use it. Discard it. Store it. Then when you have enough of it. You have to pay a man with a van to cart it away.  It's will the be recycled somehow and turned into new stuff that you will buy etc.  Live long enough and some bits of the stuff could have visited your place several times on one form or another by the time your done!

Your car parked sadly outside could once have been Auntie Gertie's  mangle.

Great! We decluttered our attic this summer.
I decided not to look at what went out on the grounds that if I hadn't looked at it in ten years, it wouldn't be of any vital use.

Knowing it isn't there any more is a big relief.
Small confession, we did uncover some video games that went for up to £122 on eBay..