I'VE BEEN A BAD, BAD BOY

Thought it would be a good idea to change my image slightly on the programme last week so, with that in mind, it was decided I should take Friday off.

My new alter ego is “Johnny Havoc”, although due a slight mishearing, “K..........” (she is still a little shy) thought I said “Hammock”. Things got worse when I mentioned this on the programme which made my bad boy persona even testier.

Being a rough, tough sort of “no-nonsense, don't mess with me, I say and do what I want, I am a maverick and a rebel, no-one tells Johnny Havoc what to do” type of guy, some weeks ago I emailed the management to ask if it was alright if I didn't show one Friday and didn't upset anyone too much.

So this “demand” was met and Richard Allinson kindly took over for the Friday. The plan was to rush off the moment the shoe finished on Thursday morning and high tail it to France with "K.........." for a romantic weekend a deux. (see, practically fluent!)

With the car parked outside the studio we were ready to run, leaving producer Ss, aka Dr. Strangelove, to tidy up the bad boy mess I had left: one waxed tea cup and four bits of paper (I had already tidied the CD's and my headphones away). "K........." and I legged it downstairs.

Last time we had headed for the Channel Tunnel we had arrived too late for the 6.50 train and had to wait half an hour for the next one. This time I had booked us on the 7.20 and, sure enough, we arrived at the terminal in plenty of time.

I don't know how these machines work, but no sooner had we pulled up than a voice read out said: “Welcome Mr. Lester you are booked on the 7.20 train”.

How did it do that? If you are a conspiracy theorist you will be loving the Big Brother element that enables a machine to recognise another machine.

I think obviously it is a subtle form of government mind control. The secret police can read our thoughts through CCTV and credit card details. Quick, get on the internet and post this as fact!

We had no time for anything to eat on this occasion.

Last time, we had time for a bacon and egg sandwich at a concession stand. This time, we were ushered straight down the ramp and onto the waiting train. It was only when it set off we realised we were on the 6.50 after all.
When I was growing up, we Brits were terribly dismissive of the state of European roads. However, the…erm, chaussure is on the other pied now. The French - perhaps stung by these criticisms – will now build a bypass round a parked car if it eases the passage through the countryside. There is less traffic, though, and more land to drive across so that probably helps.

This free flowing progress does come at a price, however, as many of the auto-routes are toll roads. Our 250 mile journey to Normandy probably cost us around £20 in fees. I left the paying to “K.........” as she was on that side of the car.

Before you accuse me of being a total cheapskate, I was the one who paid for the petrol. We are a democratic couple. So she allows me to tell you. 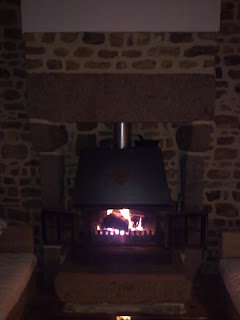 Thursday night, having been up since 1am and having driven over 300 miles we were pretty wiped out so it was a roaring fire a glass of wine half of Little Miss Sunshine on DVD, accompanied by a box of cheesy snacks and a Raclette.

If you have not tried this, it is fun and not quite as dangerous as a fondue. You cook your own meat and veg on a searing hot stone, whilst cheese is melting in little dishes underneath; I once did a holiday programme from a Club 18-30 trip to Austria (I was younger then and just in the target age range). Thirty marauding drunks yelling and having a fondue. That is the most danger I have ever been in, I think.: boiling hot oil, idiots and lager. Not a good combination.

Weather a bit dull on the Friday, but we decided to head towards Mont St Michel. However, not to visit the mount itself. Twice bitten twice shy. 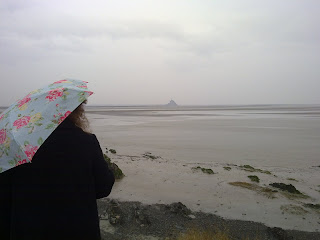 First visited when I was about 12 and it was packed. Had another go in 1994 and it was even packeder!

It was like leaving a football match. You went with the crowd and your feet didn't touch the ground. Think it has deep historical significance but it is difficult to see above the throng, although you do notice the odd burger bar or Gaufrette stand as you are carried past in the crush.

Friday night: fish, wine, fire and half of Pink Cadillac on DVD. 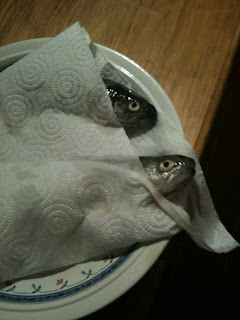 When I was 19, I drove with two friends (yes, I was the gooseberry) to Spain and back in my Fiat 500. At one stage, we drove down the straight at Le Mans as used for the 24-hour race.

This time we headed for the old town. I never even realised it had one. Pretty impressive, although I kept wondering if they had missed a trick with the 24 hour race; I think they do motorcycles as well but why not other stuff?
After all, there are always charity races going on with people dressed as waiters and chickens. Why not run them over 24 hours and use the circuit? This would mean an increase in tourism. It is an iconic venue and also the roads everywhere else would not repeatedly have to be closed, meaning we could go about our daily business without being held up by straggling penguins or Daleks.

See? The possibilities are endless 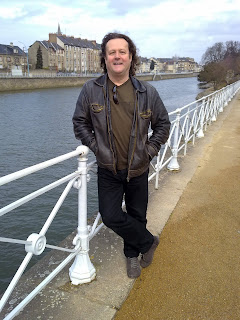 Saturday night: fire, wine, steak, and half of Anchorman on DVD.

Sunday it was a leisurely drive up through Falaise to Caen and ferry back to Blighty.

This is a good way of getting as much time away as possible, although it is a more expensive trip.

The journey takes 6 hours, so we arrived in Portsmouth at 9.30pm.

Through customs with the usual slightly guilty and haunted look that I reserve for authority figures, although they didn't stop us. I was comprehensively searched by the French some years ago who were taking the car apart until they found a bag of dirty washing and immediately stopped and waved me on my way.

Terrorists take note: we in the West are frightened of underpants!

Made it back to the rented flat in London for 23.30 so had about an hour in bed before the bad boy show started again: Grrrrrr, this is Johnny Havoc saying, “stay bad”.

Ggggrrrrr .... bad boy Haddock (or is it Fanny Cradock?) back from a dirty weekend away. Grrrrrrrrr. Welcome back.

Hi Mr Dimmock ... or is it E-wok ...or Haddock? ... but the machine calls you Mr Lester - who is he? Surely not some nice guy - Ooohhhhh. Grrrrrrrrrr. Cringe.

So that is the technique not to get searched - pack the undies on top. It may be worth investing in some of aunties bloomers - that would terrify them.

You have so much more going for you than getting in to those leather trousers - abandon them!

The umbrella is very pretty; the boat has come in, and love never counts the cost.