No pictures of me drunken and weeping exiting a night club missing a shoe. 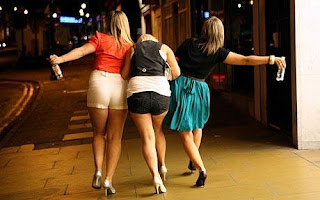 I seem to remember some years ago reading about "paradise syndrome". This was a condition that über rich and successful celebrities suffered from. In that everything in their lives was so perfect they begin to suffer feelings of dissatisfaction. They feel worthless despite all their success and material gain. Dave Stewart of Eurythmics fame was said to have been a sufferer. 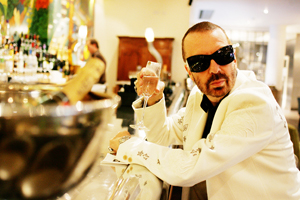 Whilst I'm not for a moment suggesting I am one of the exalted few who are in this frankly envious position.

(There was a U.S sportsman who said "I've been rich and I've been poor, and I'm telling you rich is better).

I count my blessings every day in that I have a wonderful family. A job which doesn't feel like a job and as far as I am aware so far so good...my health!

As for cash. Well put it this way. A few years back a newspaper printed a comprehensive and lengthy list of the top radio earners......my name was conspicuous by its absence. Even better a few of you commiserated with me! 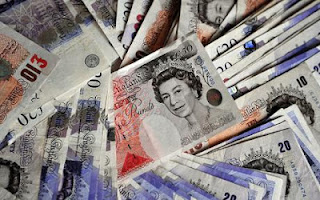 So where am I going with this?

Everything seems to be ticking over pretty well. That was until my mate Libido Boy tipped up last weekend. We had tickets to see a cappella kings "The Magnets" at the Union Chapel. Which is as you'd expect from the name a church. It's a wonderful venue. As its pews there are no marked seats. You have to get there early. We did. Rather too early. We were there an hour before the gig started.

"I'll get the beers in" I said generously! Once I'd found the bar I also found a notice telling me that no booze was allowed in the chapel itself.

We had to have a cup of tea each.

We were a couple of rows back with a good view. Then a large and frankly odiferous man sat right in front of us.

On came the Magnets. They were terrific. Rehearsed to the ninth degree. They had wonderful harmonies. They had choreography. They looked good and sounded even better. The high point of the evening was a "drum solo" by their beat boxer Andy Frost which was worth the price of admission alone. He is a genius and must be in league with the devil to get all those various sounds.

Lboy and I and the rest of the audience were having a whale of a time....then it happened:

I know I know it's probably me but when I go to see an act. I like them to do the work. I'm not overkeen on singing along and I certainly don't want to waste time trying to be the louder half of the audience ornate boys versus the girls or however artists try and pad things out. 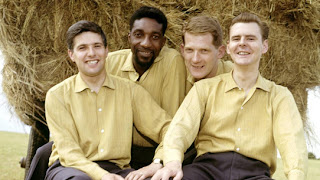 Please just sing the songs. You are so good at that it’s a shame you wanted us to sing instead. If we were any good you'd be watching us. Not vice versa.

"Let me here you say yeah!"

That personal preference hiccup notwithstanding, The Magnets are a great act.

Then it was to the pub. We were gagging for a pint or several frankly.

We've not been in this particular boozer for some months. It's always very crowded but there is a guy on the wheels of steel playing ska and rockabilly and rhythm and blues.

Seemed to have changed his format so it was more mainstream. More Bad Manners and the Kinks. Good but not as good as there were fewer surprises musically.

We had a couple or three and about 1.15am we headed it to get a burger and walk home.

We pushed our way back in. Of it there was no sign. I left my details with the landlord who said he'd check the CCTV. LBoy phoned my airtime supplier and had the sim disconnected and we slunk home.

The worst part was that I had lost a lot of family pictures. I was certain it was in my top pocket a hard place for anyone to lift it. However thieves are resourceful and skilled. 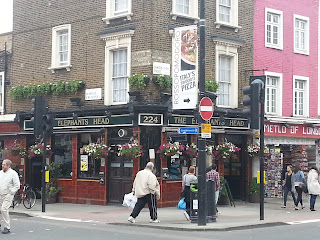 On the following Monday I wandered down to the pub to see if there was any news. Had they checked the video and seen who nicked it?

Apparently I left it on the table. As I left the premises and then returned it was not classed as theft. It was "loss".

Whoever picked it up from the empty table and didn't hand it in could have picked it up by accident I was told.

I suppose they could if they leant over presuming the earth had moved and it had slid away from them.

Or they arrived at the table and found it there and sort of thought it was theirs that had arrived there fractionally before they did. Possibly due to a rip in the space time continuum.

Or maybe it was a gregarious sort of handset that wanted to get the drinks in so went rushing in first!

Whatever. I am not sure that this law is a very sound one.

What galls me most though was that I was stupid enough to leave it there in the first place!

Do I qualify for the

That's not a bit of rain, that's a deluge!!
It's the phone that is the most upsetting, personal pictures are
irreplaceable. Before anyone thinks I am mocking I am certainly
not. Having lost two phones in this manner,( my fault I agree), I no longer have a mobile phone.