HOT IN THE CITY

The sun may not be shining too much this summer but it's not cold. In fact it's quite humid. This brings with it associated problems. Namely B.O. 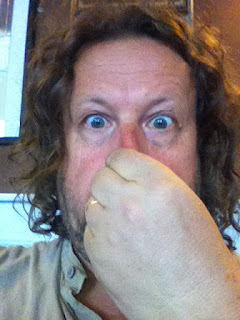 On the bus this afternoon, sitting comfortably and quietly, marvelling at the speed efficiency and value of the London Omnibus whilst delighting in the relative silence.

Lately journeys have been continually interrupted by the lugubrious tones of Mayor Boris Johnson warning us of possible transport overcrowding. 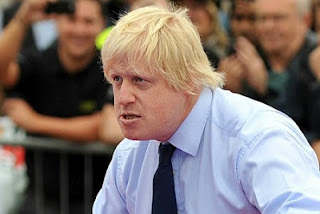 I'm sure he has been busy doing things to make Londoners lives better. However, my inner cynic is seeing him as increasingly presidential and never missing a photo opportunity. The Olympics were awarded in 2005, fully three years before he came to power.

The process of winning the Games started even earlier. Yet he seems to have become the "face" which doesn't seem fair on all the people who've been responsible for its smooth running.

Meanwhile back on the 82, I was aware of an overpowering stench. Parts of the old carcass maybe feeling the ravages of time: I now need specs for reading, the waistline is now 34 and not 28 as it was in my teens, and there seems to be the odd fleck of grey in my beard. However, I am still blessed with a very acute sense of smell.

It was horrendous. It was coming from underneath my seat. Had I stepped in something dog-related? No. It was gag-inducing vinegary trainer-stench. I think the guy who they belonged to must have lived in them for several years without ever removing them or even thinking about changing his socks. 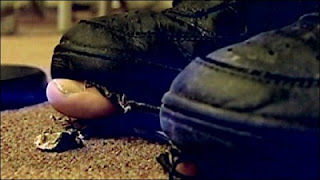 I prayed he wasn't going all the way into town as I was. I clamped my sleeve over my nose and prayed. 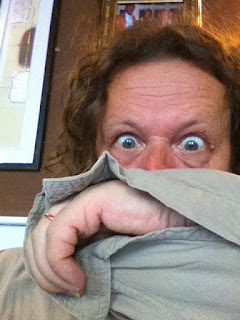 As luck would have it - and much to everyone else’s relief - his feet ordered him off the bus a few stops later.

When I got back home my senses were once again assaulted, this time by cooking smells. As the flats are all tiny and huddled close together it is suggested in the lease that tenants don't indulge in spicy cooking. If they do could they please open a window.

I think they may have misread the instructions and had opened the door allowing the niff to escape onto the landing.

So celebrity chefs. Today judging by the pong you are missing an addition to nouvelle cuisine:

Curried skunk in garlic and Durian. With sides of Kiviak and Kimchee. 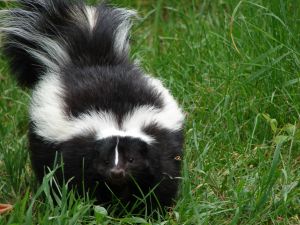 But you DO realise, don't you, that Boris Johnson will now be forever associated in my mind with the manly reek of perspiration... does this count as treason?!

There is nothing worse than a man with an appalling aroma "going all the way" (whether or not Tubes are involved).

I am sure that you and Strangelove are never unpleasantly pungent and always leave a waft reminiscent of freesias, tea-roses and newly-mown grass in your fragrant wakes.