After all the excitement of the Olympics the rest of the weekend was given over to relaxation.

There was one nagging doubt about things though. I have been thinking about it for some time now and concluded that if I didn’t do something about it now, it would be too late.

I live beside the seaside. I even have a sea “glimpse” from my upstairs window. I have always loved water hence living on a canal boat for ten years when the show came from Birmingham. Water I find very calming and relaxing. 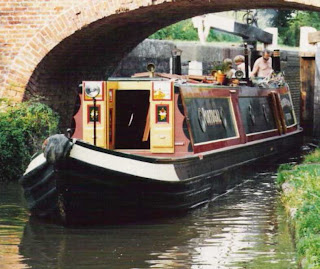 I also like swimming. So why not put the two together?

Every year without fail I have a paddle or two. A gentle saunter along the prom with the Dark Lady who also loves the seaside, water and swimming, and it occurred to me that we should test the water. The sun was peeping out from behind the clouds and it was a warm day. So by dint of a quick check we scuttled to the water's edge and I dipped a toe in. 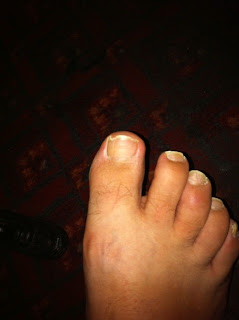 We then headed off to the Old Town to collect a nice big fat crab to enjoy later. Crab dressing is my signature dish (fill in usual gags about frocks and tights etc).

The water had had time to heat up as it does during the summer, so when we got back home I announced “I’m going swimming”. 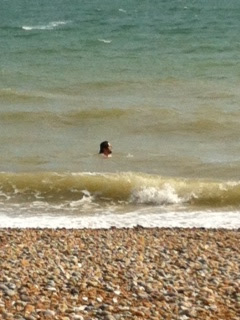 After the initial shock it was lovely. It has been twelve years since my last dip in British coastal waters, and I had better not leave such a gap before the next time in case the shock kills me! 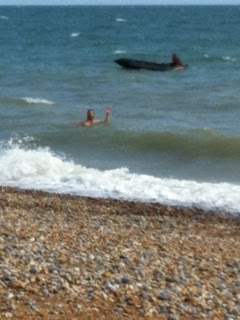 How exhilarating !I also love swimming in the sea but now done it for a long time .