Well maybe a few more although I think you may agree listening to the show that is an age I aspire to.

So the first part of "Operation Birthday Squirrel" had been completed to the Dark Lady's satisfaction and my delight.

There was marginal tension at the end of the haircut and wash when I was ready to go and my hair was still damp. I was also reading a rather harrowing internet article on child pape on my phone and being a guy can't multitask.

"Do you want them to dry it a bit more?"

"It's still wet and you have treatment on your hair"

"I never dry it totally. I like to let it dry naturally"

"You're not listening, you're living in your phone"

After I made my point in an eloquent and understated way: 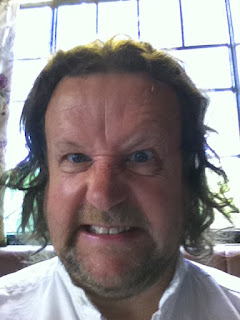 We set off for a late lunch.

For ages the Dark Lady had been telling me about her favourite Italian restaurant which was family run. She had been there many times over the years, often for business lunches being a tycoon and all. She even bonded with the waitress over finger injuries.

You may remember on Boxing Day my lovely wife managed to stab herself rather severely with a very sharp knife whilst destoning an avocado. In this instance the waitress had managed to nearly saw her thumb off whilst doing something restaurant related I presume. 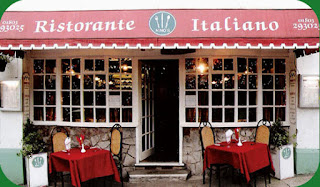 We were early so we had the place to ourselves. As the kitchen was gearing up for the evening rush, they brought out some extra bits on the house for us to try so that they could be sure they were going the right way with the recipes which was a bit of a bonus. 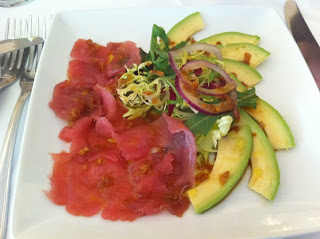 I had some "spaghettini", which looks a bit like angel hair pasta. I adore pasta and can eat it by the bucket load. We decided on a starter of avocado (DL still loves them despite nearly losing a finger in a battle with one) with tuna in my case and mozzarella in hers. I know that when we are out eating I will get to try hers and she won't want to try mine. This aids my inherent greed without it appearing like I have ordered two of everything.

A glass of champagne to toast my birthday plus a glass of the house white and we were ready for the next stage of the proceedings.

Tickets were suddenly produced for "a play". Being the organised one (I am really punching above my weight here), the Dark Lady had even ordered a taxi to take us from the restaurant to the theatre. 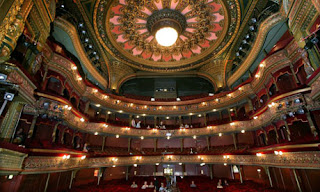 How she puts up with me is a miracle as we cruised into London's Theatreland and I peered excitedly out of the window.

"Is it The Mousetrap?"

"Is it Jersey Boys?"

"Is it One man Two Guvnors?"

That was as far as I got before we drew up outside the Aldwych Theatre for "Noises Off", a play within a play or in this case a farce within a farce starring Celia Imrie. 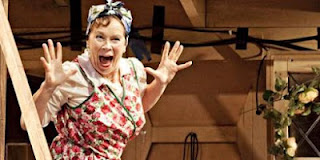 Neither of us are very good with theatre, particularly serious plays as we can see the mechanics of the acting going on which for some reason we don't notice in films. 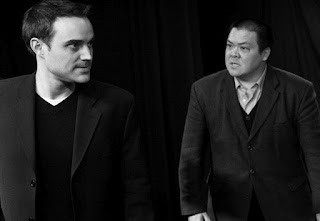 We both like musicals having seen "Crazy For You" the Gershwin musical last summer at the open air theatre in London's Regents Park.

I think I enjoyed it more than the DL who is not too keen on slapstick. Thus far in our relationship she has not been open to watching old Marx Brothers movies, although I like to think it is a matter of time before she crumbles. After all, I have sat through rather too much of "The X Factor" and "The Voice". So fair's fair!

It was brilliantly done if not brilliantly funny. There were a few laugh out loud moments but most of it just brought the occasional smile to the lips. What was good though was the comic timing of the cast. That was worth the not inconsiderable price of the ticket alone.

It had all the hallmarks of a proper farce.

People coming in and out of the front door and/or the window. Lots of people being locked in cupboards. Most importantly, trousers round the ankles on many occasions.

As we drove home after I still had one present to look forward to. The one from Ella and Jamie my stepchildren.

I wanted to open it in front of them, and earlier in the day they had been at school.

They had decided that if I was going to be part of the family and so be living with them a fair amount of the time it would probably be a good idea to have my very own towelling robe. After all, there is now not only an extra mouth to feed but also an extra body wedged in the bath for hours at a time.

I was very touched thank you, and children I promise not to get tomato soup stains on it like that one at my house! 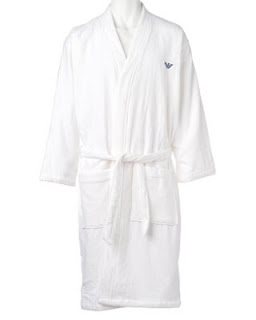